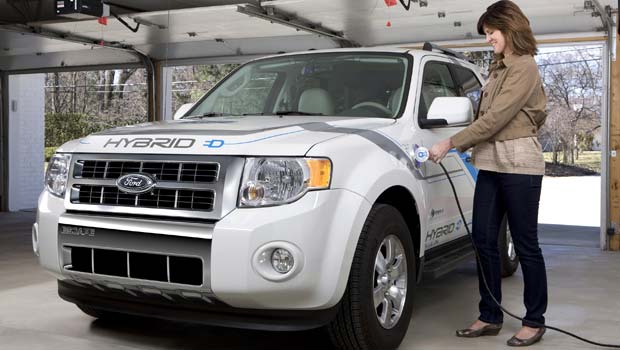 Ford and Microsoft rolled out a Microsoft Hohm system that will tell electric car owners the optimal time to recharge their vehicles.

The system was announced at the 2010 New York Auto Show.

The “Microsoft Hohm” system would start with the all-electric Ford Focus compact car, which goes on sale late next year,

Hohm will help owners determine when and how to most efficiently and affordably recharge battery electric (BEV) and plug-in hybrid (PHEV) vehicles. It also should help utility companies manage the added demands of electric vehicles on the electric grid.

Introducing Hohm to Ford’s electric vehicles supports Ford’s aggressive global electrification plan, which will put five new electrified vehicles on the road in North America and Europe by 2013. In North America, they include the Transit Connect Electric later this year, Focus Electric in 2011, a plug-in hybrid electric vehicle and two next-generation hybrids in 2012.

Hohm, an Internet-based service, is designed to help customers avoid unnecessary expense by providing insight into their energy usage patterns and suggesting recommendations to increase conservation. With Ford electric vehicles, Hohm also will help drivers to determine the best time to charge their vehicle. Smart recharging habits will help utility companies understand and better manage the increased demands placed upon the electric grid because of electrified vehicles.

Ford and Microsoft’s participation in the Hohm program builds on the success of their decade-long partnership to provide customers with superior in-car experiences. The Ford SYNC® communications and infotainment system, built on the Windows Embedded Automotive platform, has been installed on more than 2 million Ford, Lincoln and Mercury vehicles since its launch in 2007, helping drivers connect and voice-control their mobile devices while driving.

Microsoft Hohm is available today for free to all U.S. residential energy consumers and has multiple partnerships with utilities and other stakeholders already in place. Ford is the first automaker to join in collaboration with Hohm.[wzslider height=”400″ lightbox=”true”]