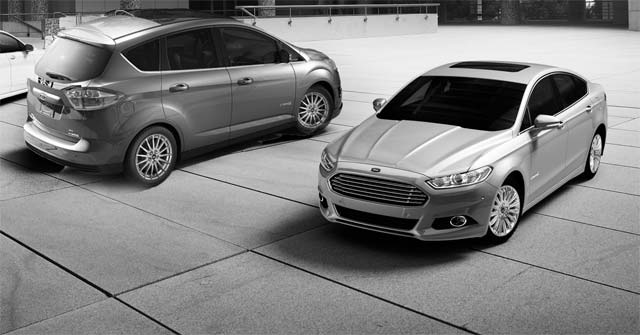 Ford announced today it is lowering the fuel economy ratings for its 2013- and 2014-model year hybrid and plug-in hybrid vehicles, as well as most 2014-model year Fiestas.

“Ford is absolutely committed to delivering top fuel economy and accurate information,” said Alan Mulally, Ford president and CEO. “We apologize to our customers and will provide goodwill payments to affected owners. We also are taking steps to improve our processes and prevent issues like this from happening again.”

Ford reviewed its entire line up to determine the vehicles that required further testing and revised the fuel economy ratings for the affected vehicles.

The vast majority of the vehicles affected are hybrids, including the C-Max, Fusion in both hybrid and plug-in varieties and MKZ. Also covered as part of the rerating is the entire lineup of 2014 Fiesta engines, with the exception of the ST, including the turbocharged, three-cylinder EcoBoost.

Ford has communicated to its dealers that new fuel economy labels will be available in approximately six days and that dealers may continue selling the vehicles until the new labels are received.

Ford estimates that approximately 200,000 of these vehicles have been sold or leased to customers in the United States. Owners and leasees of 2014 Fiestas, 2013-14 C-MAXs, Fusions and MKZs are eligible for the payments, which range from $125 to $1,050.

Affected U.S. fleet owners and affected owners outside of the United States will be contacted by their local Ford representatives.

*Bolded figures in the above chart represent the values used to determine the customer goodwill payment.