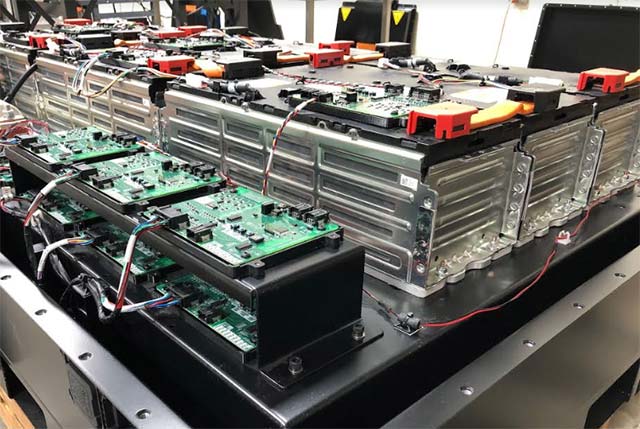 Octillion Energy, a global supplier of advanced high-density lithium-ion battery packs for passenger cars, trucks, buses, and energy-storage systems, today announced it has achieved the milestone of shipping over 1,500 battery packs a day and expects to hit 2,000 packs per day this month.

Averaged over the course of a year, Octillion expects to sell approximately 200,000 battery packs in 2021, which equals more than three gigawatt hours (GWh). The company anticipates tripling that volume in 2022 to almost 600,000 batteries.

“These are remarkable numbers and show how we’re now a global force in providing high-density, high-output EV batteries,” said Paul Beach, president, Octillion Power Systems, the United States-based subsidiary of Octillion Energy. “We’re especially proud of our role in supplying batteries for the Wuling Hongguang Mini EV. It’s the best-selling electric vehicle in China and helping us to drive our production of battery packs.”

Octillion is a global supplier of advanced high-density lithium-ion battery packs for passenger cars, trucks, buses, and energy-storage systems. The company has operations in six locations in Asia and North America with a global workforce of more than 400 employees. Battery manufacturing facilities operated by Octillion are in the U.S., China, and India.

In addition to the Wuling Hongguang Mini EV, other products powered by Octillion batteries include electric buses in India and electric trucks produced by Brazilian manufacturer FNM (Fábrica Nacional de Motores) for beverage maker Ambev. The company also supplies batteries for the energy-storage and solar markets.

Octillion has delivered more than 300,000 EV batteries to the global EV market with more than 4.5 billion kilometers driven on its systems. Octillion’s advanced circuit boards for its battery management systems are designed in California, while the packs themselves are often built in the country where the vehicles are operated.

Transitioning from gas-powered vehicles to electric is critical to reducing global CO2 emissions. At current levels of production, during their first year being driven, vehicles powered by Octillion batteries are estimated to reduce CO2 emissions by more than 1.4 million metric tons.

At current production levels, after their second year of operation, CO2 reductions would be estimated to be more than 5.5 million metric tons.

“We know this is just the beginning of the clean-energy and EV road ahead,” Beach said. “We’re proud of our role in creating a better world.”