Octillion to supply high-density batteries to FNM for 1,000 electric trucks to be deployed by beverage maker Ambev of Brazil 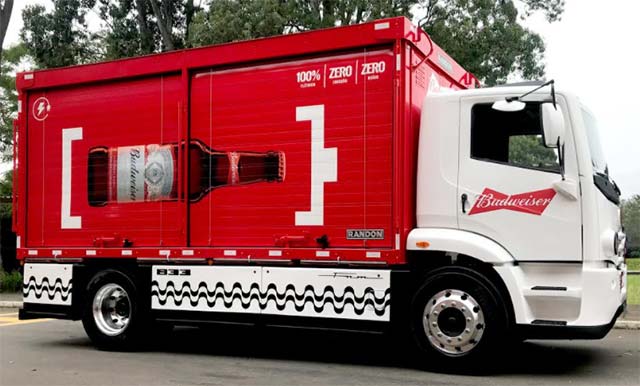 FNM will produce 16-ton electric trucks, developed in full collaboration with Agrale, to be used by Ambev to deliver beverages throughout South America. A subsidiary of Anheuser-Busch InBev, Ambev announced that it will deploy the 1,000 electric delivery vehicles by the end of 2021.

FNM recently entered into a contract of technical and industrial cooperation with Agrale, the only 100 percent Brazilian vehicle manufacturer. Agrale has been on the Brazilian and international market for nearly 60 years. As a part of this launch, they are partnering with FNM and Ambev to invest in clean technologies for fleet vehicles.

FNM was formed in late 2019 and has its headquarters in Rio de Janeiro. FNM opened its EV factory inside Agrale’s manufacturing facility in Caxias do Sul city in southeast Brazil. This joint effort leverages Agrale’s existing fully integrated, mass-production line for commercial vehicles, with a capacity to produce 150 to 200 trucks per day.

FNM does not sell trucks, but they do sell logistic solutions with a positive total cost of ownership. FNM is a 100 percent ESG (Environmental, Social and Corporate Governance) startup with sustainable and non-pollutant mobility products, designed to meet the needs of companies that wish to improve the environment with great social impact.

FNM was one of the finalists in the first edition of the Ambev Aceleratora 100+ program, in 2019, with this electric truck project. Since then, the companies have been working together on innovations and state-of-the-art technologies that aim to deliver sustainable and efficient solutions both for Ambev’s own logistics program and also for other local and international clients.

The FNM 833 is being deployed by Ambev. It features Octillion’s 650-volt battery and and Danfoss Editron’s drivetrains. The new truck will be able to travel up to 700 kilometers between charges.

Ambev has stated that it wants at least half of its Brazilian fleet to operate on clean energy by 2023. The brewing company has more than 7,000 trucks in its Brazilian fleet, which are used to distribute beer and other beverages across Brazil, South America’s largest economy. Each of the model FNM 833 electric trucks will represent a reduction of 126,000 kilos of CO2 emitted into the atmosphere per year.

Octillion’s modular, high-energy density batteries are cooled by chilled water. At the end of their 10-year service life in the trucks, the battery modules do not need to be recycled, since they can be repurposed for other uses, such as for storage for large solar arrays.

Using a Wallbox charger with a CCS2 outlet the trucks can be fully recharged in up to four hours. The Wallbox is connected to 380-volt charger inside Ambev’s distribution centers, which are located all over Brazil and already operate with solar power.

The FNM truck is connected to the Ambev IT system, which delivers real-time information on the route and the performance for the company’s monitoring area, together with information on the traffic, routes and specific characteristics of the various clients. The vehicle is also equipped with new technologies that are focused on safety, including an anti-collision system with artificial intelligence and integrated cameras.

Danfoss Editron’s drivetrain systems will power the FNM 833. The systems feature a 250-kW motor with an Eaton multi-speed transmission, Octillion’s battery, and 355 horsepower. They are also fitted with a digital avionics controller and inverter to enable the intelligent management of all the vehicle’s operations.