GM Teams up with Will Ferrell for Super Bowl Ad [video] 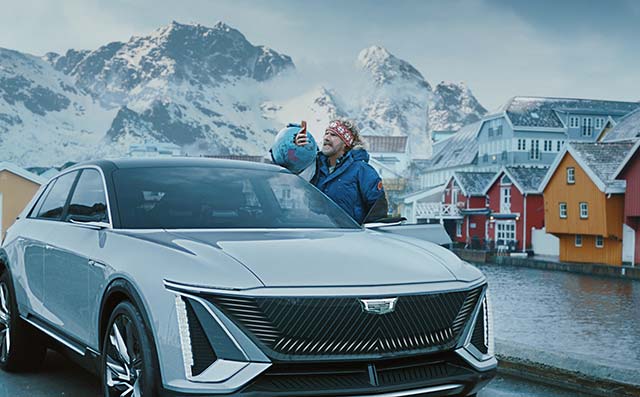 General Motors released its big game ad, starring Will Ferrell, who discovers Norway far outpaces the United States in electric vehicle adoption. In the commercial, “No Way, Norway,” Kenan Thompson and Awkwafina join Ferrell on his action-packed journey to give Norwegians a piece of his mind. A 60-second version of the ad will air during the first quarter.

“No Way, Norway” is an extension of GM’s “Everybody In” campaign, which launched in January 2021 to excite a new generation of vehicle buyers and accelerate EV adoption while showcasing the company’s Ultium battery platform. The spot features upcoming Ultium-powered electric vehicles, including the Cadillac LYRIQ luxury SUV and the GMC HUMMER EV supertruck.

“I’m excited to be a part of GM’s commitment to EVs,” said Ferrell. “I’ve been driving an EV since the mid-80s…well, actually it was a regular car with four AA batteries taped to the carburetor, but it felt like an EV! We’re coming for you, Norway!”

“The big game is the perfect venue for the incomparable Will Ferrell to encourage us all to reconsider what we know about electric vehicles, and to invite ‘Everybody In’,” said Deborah Wahl, GM global chief marketing officer. “We admire his passion for EVs and share Norway’s pursuit of an all-electric future.”

Today, well over half of new vehicles sold in Norway are electric. Comparatively, EVs made up less than 4 percent of market share in the United States in 2020. GM’s flexible Ultium platform is designed to improve EV accessibility for all, powering everything from mass-market to high-performance vehicles.

GM’s Ultium advantage
The Ultium platform will be the foundation for GM’s next-generation EV lineup. The platform will allow an EV that can go up to a GM-estimated 450 miles on a full charge1 will power EVs of many sizes, shapes and price points, and is capable of 0-60 mph performance in as little as three seconds for some models.

Second-generation Ultium chemistry is projected to deliver twice the energy density at less than half the cost of today’s chemistry. GM is already prototype testing this technology and anticipates it will be available mid-decade. These developments are expected to bring EVs closer to price parity with gas-powered vehicles.

‘Everybody In’
‘Everybody In’ demonstrates GM’s intent to lead, while inviting others – policymakers, partners, individuals – to play an active role in moving society forward, whether that’s helping to expand infrastructure, advocating for progress in their communities, learning about the benefits of EV ownership or simply taking a test drive to experience how fun EVs are. GM is committed to bringing 30 new EVs to market globally by 2025 and recently announced plans to become carbon neutral in its global products and operations by 2040, including aspirations to eliminate tailpipe emissions from new light-duty vehicles by 2035.