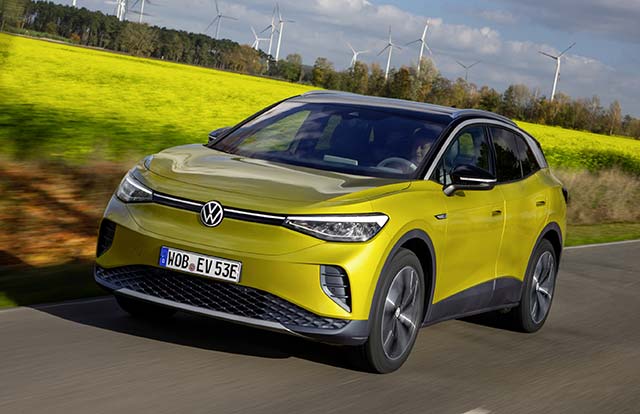 Currently, more than half (59%) of new-vehicle shoppers fall into the “somewhat likely” or “somewhat unlikely” categories when it comes to considering a BEV for their next purchase or lease—a significant window of opportunity for future EV sales.

Right now, the projected BEV supply outweighs consumer interest. And for every new-vehicle shopper seriously considering BEVs, there’s another at the opposite end of the spectrum,” said Stewart Stropp, senior director, automotive retail at J.D. Power. “To avoid a potential ongoing inventory surplus, it behooves manufacturers and retailers to identify why shoppers in the middle ground aren’t completely sold on the technology, and how to get them over the hump into the ‘very likely’ consideration camp.”

The study finds that firsthand experience with BEVs plays an important role in purchase consideration. Among respondents who say they have owned or leased a BEV in the past, 46% are “very likely” to consider another, while only 6% say they are “very unlikely” to consider purchasing another BEV as their next vehicle. This is similar to findings in the J.D. Power 2021 U.S. Electric Vehicle Experience (EVX) Ownership Study in which, even among dissatisfied owners (overall satisfaction scores below 600 on a 1,000-point scale), 65% say they “definitely will” consider an EV for their next purchase.

The EVC Study also finds the “very likely” ratio among respondents who have simply ridden in a BEV is nearly three times that of those who have never been in one (20% vs. 7%, respectively). Half of respondents have never been in a BEV, highlighting a critical need for automakers and retailers to create opportunities for consumers to familiarize themselves with these vehicles. “Anything stakeholders can do to get more people into electric vehicles, whether it’s experiential events, take-home test drives or other proactive efforts, will help break down the preconceptions people have about BEVs and drive higher consideration,” Stropp said.

Following are key findings of the 2021 study:

– Information begets consideration: Nearly one-third (30%) of non-considerers cite a lack of information as a reason for their lack of consideration. To consider BEVs, shoppers need to be better informed about them and the ownership proposition they offer.

– Tesla tops luxury brands considered: More than one-fourth (27%) of shoppers who are considering a BEV select a Tesla model as their top choice, citing performance as the main driver. However, among these respondents, reasons they might consider another brand include better performance; better purchase price; and better features, functionality, technology or capacity. It’s worth noting that only 4% of respondents among whom Tesla is the top choice say they are only considering a Tesla. “One could argue this indicates that, while Tesla’s appeal is clearly formidable, it’s not absolute and could be displaced by a worthy alternative,” Stropp said.