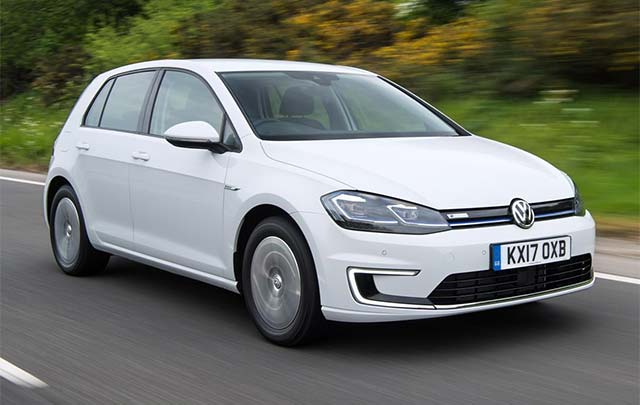 The Norwegian plug-in electric passenger car market was up 43% year-on-year in August, having registered 5,389 units last month, the second best result ever, with a whopping 40% market share (20.8% BEV).

The Volkswagen e-Golf was best-selling plug-in model in Norway thanks to 996 registrations, the nameplate’s new record.

The German hatchback was followed by the all-electric version of the BMW i3, with 390 units, with the Mitsubishi Outlander PHEV rounding up the podium, with 358 registrations.

In the Year-to-date ranking, the Volkswagen e-Golf profited from last month good result to surpass the BMW i3 and became the new leader, with 3,582 units, with the BMW hatchback now some 150 units behind (3,.436 units), while the veteran Nissan Leaf is third, with 2,800 units.

A mention for the Fuel Cell market, where the Toyota Mirai registered an additional three units last month, allowing it to close in on the Hyundai FCEV (1 registration in August), with the Mirai now only 4 units behind (15 vs 11).

As for the LCV (N1) PEV market, sales were up 57% last month, to 85 units, with the Nissan e-NV200 leading once again in August, by registering 37 units, while on the YTD ranking, Nissan’s electric van is also in front, with the Japanese counting 202 deliveries, followed by the second placed Peugeot Partner EV (148 units), and the Citroën Berlingo EV, third placed with 81 registrations.