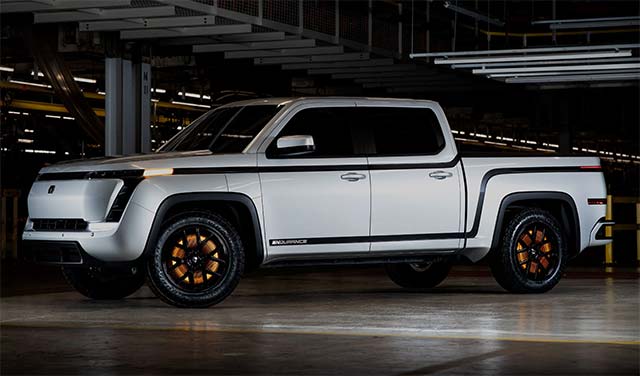 Ohio-based EV startup Lordstown Motors has released commercial, operational and strategic development updates as it remains on track to begin production of the Lordstown Endurance in the second half of 2022

“We are hard at work in the factory preparing to begin Beta builds in the coming weeks,” remarked Steve Burns, Chief Executive Officer of Lordstown Motors. “With this step on the horizon, we remain on track to meet our September start-of-production timeline while continuing to see indicators of strong demand for an all-wheel drive, full-size electric pickup truck with 250 miles of range from commercial, government and military fleets.”

Notable developments are as follows:

– Lordstown Motors has initiated the metal stamping and welding for the first 57 Endurance Beta prototypes of the Endurance and expects to complete the first Beta vehicles on schedule in March. The Beta series prototypes will be used for crash, engineering and validation testing. The company also expects some of these vehicles may be sent to some initial customers for their feedback. The Lordstown Endurance has already achieved a 5-Star crash test rating via software crash simulation.

– Evaluation of the first Camping World / Lordstown Endurance Service Centers continues. In addition to Lordstown Motors-owned service centers, such as the newly opened facility in Irvine, California, the company is continuing its review of plans to utilize Camping World’s extensive footprint and service expertise to ensure nationwide service coverage for all Lordstown vehicles.

– The Lordstown Motors Electric Van is in development with plans to be unveiled in June and production starting in the second half of 2022. Based on the Endurance platform, the van will utilize hub motors to achieve all-wheel drive and low ground clearance, and have a class-leading range. An initial use case of the van will be as the world’s first production all-electric RV, produced in partnership with Camping World. The van will be priced competitively with comparable internal combustion-based vans.

– Lordstown Motors has been added to the United States General Services Administration listing, the first step towards being able to sell to government fleets. With this step complete, the company has started its outreach to state and local government entities, including the U.S. Military. The company believes these markets represent a significant opportunity for the Endurance and follow-on products.

– Construction continues on an 800,000 square foot propulsion renovation at Lordstown Motors’ 6.2 million square foot Ohio headquarters. Completion of the first stage of the previously announced facility, which will house production lines for advanced battery packs and hub motors, is expected in time for the planned start of production of the Endurance in 2021. When completed, Lordstown Motors expects the facility to be one of the largest of its kind in the United States.

– Lordstown Motors currently has 343 full-time employees, including 171 at its Ohio headquarters, 131 engineers at the satellite research and development center in Farmington Hills, Michigan, 18 remote workers and 23 at the service center in Irvine, California. The company expects to increase its internal headcount to upwards of 1,000 individuals by the end of 2021 across the areas of manufacturing, engineering, marketing, sales, facilities, human resources, IT, supply chain, accounting and finance.

The Lordstown Endurance is a full-size, all-electric pickup that has a range of 250 miles, the equivalent of 600hp and can tow up to 7,500lbs. After successful prototype and Alpha builds, Lordstown is now building the first Beta Endurance vehicles and is on track for start of production in September of this year. The initial Endurance is a crew cab configuration with medium bed length, priced at $45,000 after federal rebate.