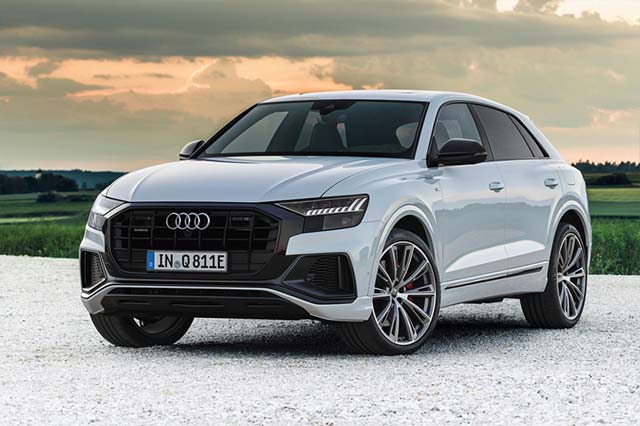 Audi UK and green energy technology company Octopus Energy have joined forces to offer owners of the brand’s increasingly broad range of electrified models the opportunity to travel for up to 5,000 miles with no impact on the environment, or their home electricity bills.

By switching to Octopus Energy for their home energy drivers of fully electric e-tron and plug-in hybrid TFSI e models can take advantage of an exclusive account credit of £90 – enough to provide an e-tron Sportback 55 quattro with sufficient charge for as many as 5,000 miles of near-silent motoring. Based on independent findings, this could account for almost 70% of the annual mileage private drivers in the UK cover on average.

Customers placing a new e-tron order will also be able to deliver this complimentary charge to their car via a 7kW home wallbox which is available at no extra cost until December 31st.

Audi drivers who benefit from the contribution will also of course be making one themselves in environmental terms, because all Octopus Energy tariffs feature 100% renewable electricity. The rapidly expanding green energy company, which currently supplies power to over 1.5 million UK homes, is rated as 5 excellent on Trustpilot and has been a Which? Recommended supplier for the past three years.

One of the tariffs available to Octopus Energy customers is specifically geared towards EV and PHEV drivers. Octopus Go offers night time supply rates that are around 50 per cent cheaper on average than typical Economy 7 alternatives, and a particularly competitive rate of 5p per kilowatt hour between 12.30am and 4.30am every morning^^. Using the myAudi app or the onboard MMI system, owners of etron and TFSI models can determine exactly when charging of their cars begins and ends so that they can take maximum advantage of these rates.

e-tron Charging Service for energy on the go
Audi UK is also currently supporting e-tron customers when they plug in away from home, not only by including a free 12-month subscription to the e-tron Charging Service, but also by providing an account credit for the service which is equivalent to around 1,000 miles-worth of electricity at no extra cost. The e-tron Charging Service takes the stress out of accessing and paying for electricity while on the road by providing subscribers with one payment card that is valid for a a vast number of charge points operated by 18 suppliers with network coverage of over 50% across the UK. It offers a choice of two competitive fixed price charging tariffs, and customers who place a personal or business order for an e-tron model before December 31st 2020 will receive a free 12-month subscription to the service’s Transit Tariff including their account credit.

The electrified Audi range in the UK currently includes the fully electric e-tron SUV, the e-tron Sportback with its distinctive coupe-inspired silhouette and plug-in hybrid TFSI e versions of the A6 Saloon and Avant, A7 Sportback, Q5 and Q7 SUVs and A8 luxury saloon. More are on the horizon, including the Q4 e-tron compact SUV and the breathtaking e-tron GT sports car.

By 2025 the electrified portfolio is expected to number around 30 models accounting for approximately 40 per cent of all deliveries to customers, so by encouraging use of competitively priced and responsibly sourced electricity for home charging, Audi hopes to bring about further significant reductions in the CO₂ output associated with these models as part of its wider decarbonisation programme.

“Audi is taking a root and branch approach to the challenge of minimising the environmental impact of its cars at every stage of their lifecycle,” says Director of Audi UK Andrew Doyle. “It makes total sense for us to endorse and work with Octopus, because its 100 per cent clean energy can help our customers to scale back that impact even further at a local level without committing to contracts or paying inflated green premiums. I hope this attractive offer encourages many more of them to do so.”

Audi was one of the first companies to commit to the Paris Climate Agreement, and is pursuing the goals it established by working to minimise its environmental impact at virtually every stage of what is known as ‘the value chain’, from the point of extraction of raw materials through to production, and from the provision of fuel and electricity and its resulting emissions to the eventual recycling of vehicles. The brand has the ultimate aim of positioning itself fundamentally as a pioneer of carbon-neutral premium mobility, and in pursuit of this plans to achieve carbon neutrality on balance at all its production sites by 2025, and complete net carbon neutrality by 2050. Its Brussels plant, which produces the e-tron and e-tron Sportback, was the world’s first certified carbon-neutral large-scale production plant in the premium segment.