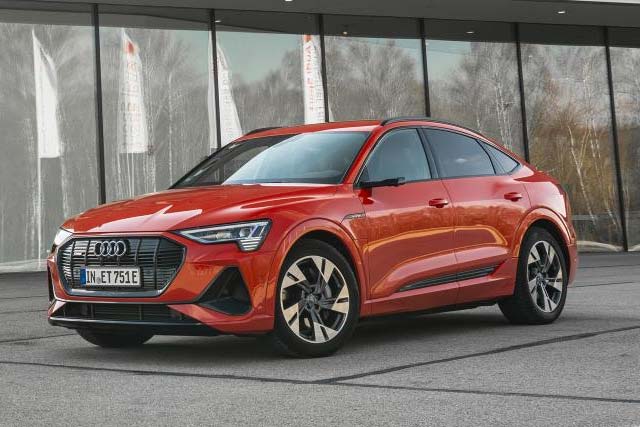 The 2020 Audi e-tron Sportback has earned a “2020 Top Safety Pick+” designation from the Insurance Institute for Highway Safety, denoting the highest rating awarded through a number of evaluations.

The 2020 e-tron Sportback is the second fully electric model from the brand, following the 2019 Audi e-tron SUV, which became the first EV from any manufacturer to be awarded with a 2019 Top Safety Pick+ designation.

The Audi e-tron Sportback comes standard with a 95 kW battery pack, which allows it to travel up to an EPA-estimated 218 miles on a single charge. The battery pack has an integrated lattice structure and aluminum frame that makes it an integral part of the body structure, providing a feeling of solidity to drivers and passengers from inside the vehicle and helping dissipate energy in the event of a collision.

Distinguished by its refined coupe SUV design, the e-tron Sportback offers everyday utility and a distinct road presence and marks yet another milestone toward Audi’s goal of electrifying approximately 30% of its U.S. lineup by 2025.

The e-tron Sportback joins the previously announced 2020 Audi A6 sedan and A6 allroad as 2020 Top Safety Pick+ winners. New for 2020, the A6 allroad has made its way back to Audi’s U.S. lineup for the first time in 15 years, powered exclusively by a 3.0-liter TFSI V6 that sends 335 horsepower and 369 lb-ft of torque through an eight-speed Tiptronic® automatic transmission to all four wheels via quattro® all-wheel drive.