Brits could save more than £41,000 on fuel in a lifetime by switching to an electric vehicle 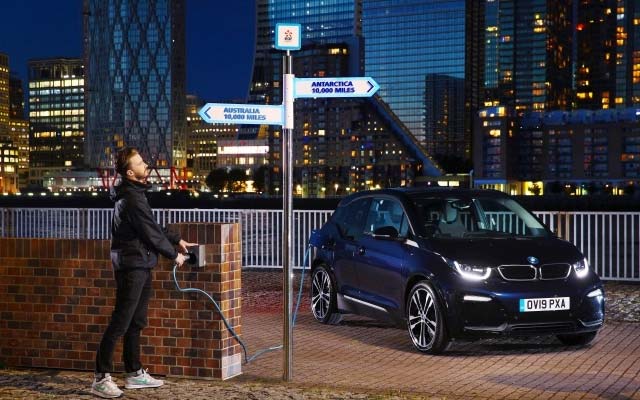 The average British motorist will spend over a staggering £56,000 on petrol in a lifetime, according to new figures. With the average lifetime cost of charging an electric vehicle coming in at just over £15,000, savvy Brits could save over £41,000 on fuel by going electric in the near future.

New research by EDF Energy, found that the cost to travel by car is a serious concern for the British public, with over two thirds (68 per cent) having travelled further than their nearest petrol station to find a better deal on fuel. Over a third (35 per cent) even admitted that the thought of how much they spend on fuel puts them off driving.

The study of 2,000 Brits uncovered that many felt they would be able to travel more and see more of the country if the cost of fuel wasn’t such a barrier. A quarter (24 per cent) said that fuel costs had prevented them from driving somewhere in the past and a fifth (21 per cent) have had to cut back on holiday road trips due to concerns over fuel prices.

What’s more, motorists are taking a rain check on hitting the open road because of concerns over the environmental impact of fuel-powered vehicles. A quarter (25 per cent) said that in addition to cost concerns, they had dialled back trips or visits to friends and family within the UK due to fears about global warming and air quality.

Despite a whopping eight in ten (84 per cent) people believing that fuel is too expensive and two thirds (69 per cent) concerned about vehicle emissions, only 40 per cent of Brits have considered making the switch to an electric vehicle.

However, the findings suggest that the tipping point for the electric vehicle market might not be as distant as some predict. Two thirds (68 per cent) of Brits believe that they will own an electric car at some point in the future, with a quarter (24 per cent) of those predicting they will make the switch in the next five years.

To make the transition to electric vehicles hassle-free, EDF Energy has launched its Go Electric package, including 10,000 driving miles at no added cost.

Those choosing to Go Electric with EDF Energy will also benefit from the company’s great value and 100 per cent renewable EV tariff, access to EV lease deals and a competitive price on an EV smart charger.

Béatrice Bigois, Managing Director of Customers for EDF Energy, said: “Many of us aspire to owning an electric vehicle. This research shows that, not only will electric cars help motorists save money on their fuel costs, electric vehicles will help more people do more of the things they want to, like exploring more of the UK – all while helping the environment by reducing emissions.

“For this vision to become reality for more drivers, we have to make the decision as easy and attractive as possible for our customers. Our one-stop shop approach gives them access to a car of their choice, a smart charger and the low carbon electricity needed to power it, as well as a wealth of advice and information on EVs, helping more customers go electric today.”

Calculations assume that on the GoElectric Sept 2020 electricity tariff, 60% of total consumption and 76% of electric vehicle home charging will be carried out during the off peak hours of 9pm – 7am weekdays and all weekends at 8.01p per kWh, including VAT. Cost assumes a conversion rate of 3.5 miles per kWh, equal to 2286 kWh per year or 8000 miles and an average UK life expectancy of 81 (Source: World Bank).

Calculations for fuel are based on 8000 miles per annum and a fuel consumption of 51.7 mpg (5.5 litres per 100 km) for petrol vehicles. The calculation is based on a UK average price per litre of 125.4p (AA Fuel Price Report April 2019). The electric vehicle charging cost assumes a conversion rate of 3.5 miles per kWh, equal to 2286 kWh per year or 8000 miles.