While Ford is gearing up to launch the all-new Focus Electric later this year and C-MAX Energi plug-in hybrid in 2012, cities around the country also are preparing for the arrival of new electric vehicles.

Ford this week named 25 U.S. cities that are paving the way for an influx of electric cars. 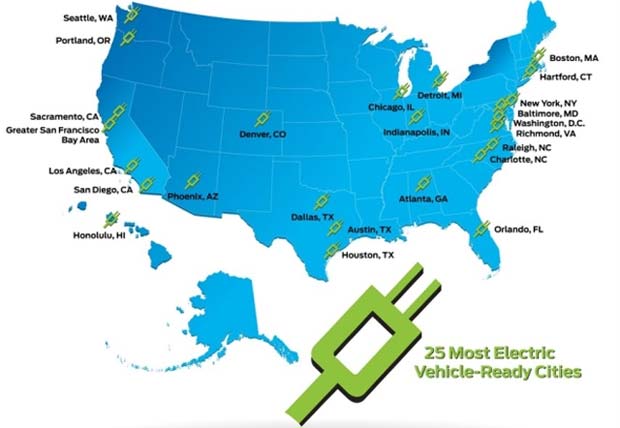 Some of the key actions Ford has identified in working with cities and utility partners include: