FedEx to Add Electric Vehicles to its Fleet in Brazil 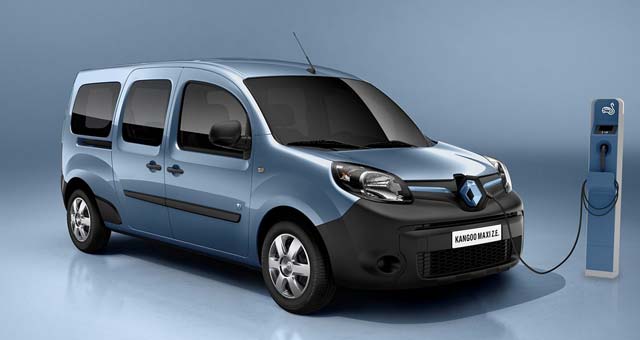 FedEx Express will add the first electric vehicles to its local fleet in Brazil in January 2014.

With a cargo capacity of up to 1,433 pounds (650 kilos) and the ability to cover approximately 75 miles (120 kilometers) on one charge, the Renault Kangoo Z.E. models will be in service in the cities of Sao Paulo and Rio de Janeiro.

The initiative is in collaboration with Renault and is part of the FedEx commitment to make its worldwide operations greener. FedEx is a global leader in the deployment of electric vehicle technology for package pick-up and delivery in urban areas. The Brazilian operation is the seventh in the world to receive this type of vehicle. The country is one of the company’s priority markets due to its enormous business potential, along with its acquisition of Rapidão Cometa last year, which elevated FedEx to the position of the private company with the largest infrastructure in integrated air and ground transport in Brazil.

The introduction of electric vehicles to the Brazilian operation is part of the FedEx global sustainability platform, EarthSmart, which guides the company’s commitment to the environment and to the communities in which it operates. The program is also an incentive for continuous innovation to make businesses and the world more sustainable. Another EarthSmart initiative implemented in the Brazilian market since 2012 is the use of carbon neutral envelopes made of 100 percent recycled paper.

Today, FedEx has 161 electric vehicles and 365 hybrid-electric vehicles in service in the United States, France, Germany, Italy, Japan and China. By the end of this fiscal year (May 2014), the company will have increased this number to 222 and 393, respectively. Last March, for instance, it announced that 10 all-electric vehicles would begin providing service in the streets of Hong Kong.  From 2005 to 2012, the introduction of these types of vehicles to the fleet has helped the company save 528,000 gallons (approximately 2,400,000 liters) of fuel.

The Renault Kangoo Z.E. is the first 100 percent all-electric van available in the market with zero CO2 emissions at tailpipe. This environmentally-friendly version of the van maintains the same functional features of a model powered by an internal combustion engine with the same cargo capacity of 26  to 50 square feet (2.4 to 4.6 m³), the same payload of 1,433 pounds (650 kilos), and the same level of comfort. The model is also available in the Maxi version, with an additional length of 16 inches (40 centimeters) as a result of increased distance between the axles. The van has a total length of 15 feet (4.6 meters). The Kangoo Z.E. runs quietly and offers smooth acceleration with a jolt-free ride thanks to its automatic transmission.