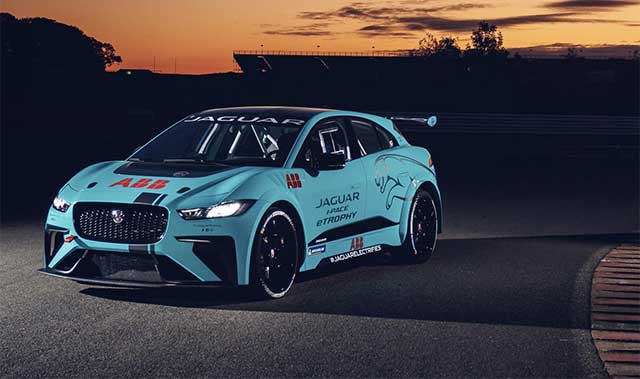 Jaguar will make history this weekend with the debut of the Jaguar I-PACE eTROPHY, the world’s first international championship for production-based electric cars.

It will be the first time women compete against men in a race in Saudi Arabia, and Katherine Legge, Célia Martin and Alice Powell will be amongst the first women to take part in a motor race in the Kingdom.

In the ancient surroundings of Ad Diriyah, Saudi Arabia, 11 drivers from five continents will take on the 21 twists and turns of the 2.495km track, which starts and finishes in the heart of the old town.

Entrants will be joined by VIP driver and British racing star Alice Powell. The 25 year old was the first ever female to win a Formula Renault Championship, the first female to score points in the GP3 Series and in 2014, was Champion in the Formula Renault Asia Championship. Alice was recently named in the first selection for the upcoming W Series. As a Dare to be Different Ambassador, she supports and develops young female karting talent, as well as coaching up-and-coming young female drivers.

The race is on Saturday 15 December at 12:50 local time, before the main ABB FIA Formula E race. A shakedown and free practice session will take place on Friday, and qualifying is at 07:55 on Saturday. The race is 25 minutes + 1 lap of full power racing. Fans around the world will be able to watch the action free on Jaguar Racing’s Facebook and Twitter channels with TV presenters Vernon Kay and Amanda Stretton hosting live from Saudi Arabia.

The line-up for the first Jaguar I-PACE eTROPHY race is: