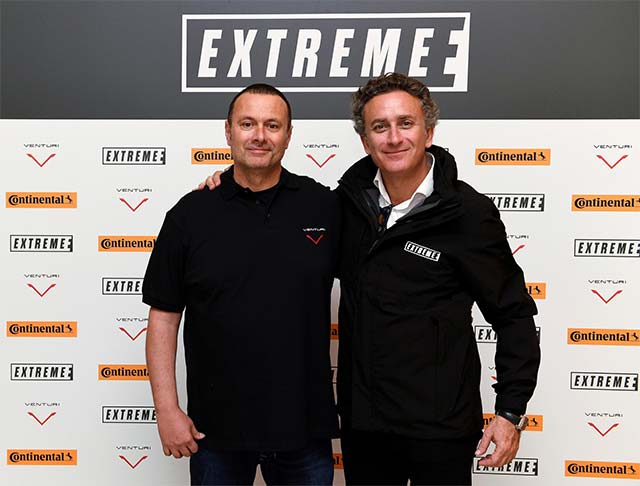 VENTURI has a background in high-level motorsport and is a race-winning team in the ABB FIA Formula E Championship, active as a competitor since the inaugural season in 2014.

The company has become renowned for pushing the envelope of innovation and adventure through its ‘VENTURI Global Challenges’ – a series of record-breaking automotive expeditions designed to demonstrate technological prowess and the capacity of electric power to perform in any circumstance.

VENTURI designed the first electric vehicle for operation in the extreme conditions of the Antarctic, and has previously achieved a 14,900-kilometre unassisted distance record for an electric vehicle – a world’s first from Shanghai to Paris and on to Monaco. It has also recorded world land speed records for electric vehicles on multiple occasions – the latest of which saw the VBB-3 hit 342 miles per hour on the Bonneville Salt Flats in Utah, USA.

From that starting point, VENTURI, as with all other teams, will be able to test and develop its own powertrain and bodywork in a bid to come out on top and underline its engineering expertise, as well as showcasing star drivers and cutting-edge technology.

Prototype testing is scheduled to get underway in July this year, with the delivery of 12 cars from Spark Racing Technology to follow in March 2020. Group testing will take place mid-way through next year before the teams board Extreme E’s floating paddock, RMS St. Helena – ahead of the opening race in January 2021.

Alejandro Agag, Founder & CEO of Formula E – operating partner of Extreme E – said:
“Gildo (Pastor) and VENTURI showed the same belief and commitment in a then-new project when Formula E launched, joining the inaugural grid back in 2014. The exciting race format and head-to-head stages in Extreme E are appealing for racing enthusiasts like VENTURI – as well as the message of sustainability and electric mobility. With Extreme E taking place across five of the most unique and remote locations on the planet, the synergies with VENTURI’s drive for innovation and desire to push the envelope are clear to see.”

Gildo Pastor, President of VENTURI Automobiles – said:
“I’m a true adventure seeker and as a consequence I’ve always had a passion for experiencing some of the most remote regions of the world. We have a history of setting world records, we set the fastest recorded land speed with the VENTURI BUCKEYE BULLET (549 km/h – record as yet unbroken) then in 2010, we covered the longest distance with an electric vehicle without assistance (14,900 km – a world premiere) and then in 2012, we undertook the first-ever crossing of south-east Africa without assistance (5,800 km). By the end of the year, we’re also going to send the VENTURI Antarctica, the first electric polar exploration vehicle, to the South Pole. The partnership with Extreme E represents a new opportunity to show the capacity of electric vehicles in the most extreme environments. We’re beyond proud to join this innovative and entertaining concept.”