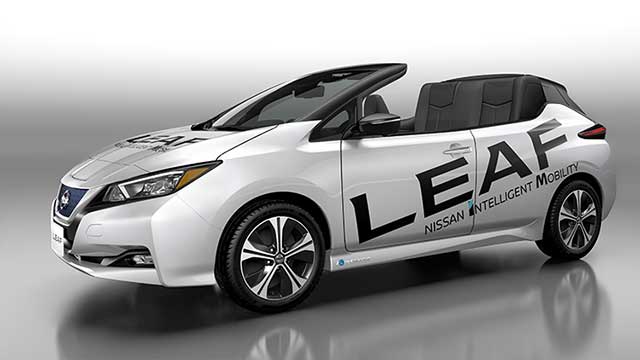 About 100 people, including local and prefectural government officials and company executives, participated in the forum to discuss the creation of a “zero-emission society.”

Nissan didn’t provide much information on it. It’s called the Nissan LEAF Open Car. There are currently no production plans for the LEAF Open Car.

The new generation of the Nissan LEAF debuted in October 2017, featuring improved range and advanced Nissan Intelligent Mobility technologies such as e-Pedal, the ProPILOT driver assistance system and ProPILOT Park.