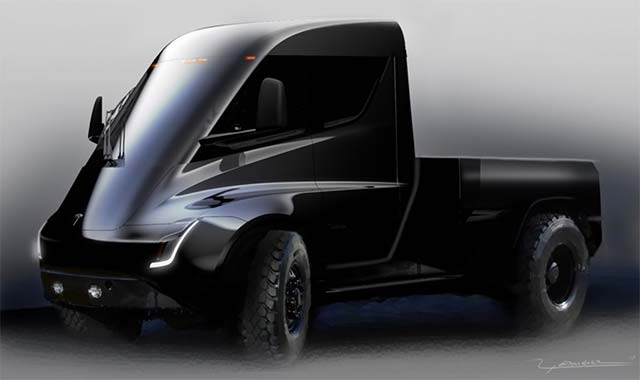 Tesla has confirmed that it will be building an all-electric pickup truck soon after producing electric crossover vehicle Model Y.

While it has been teased numerous times, including at the Semi launch, there has been no official word on whether one would ever reach production.

“I promise that we will make a pickup right after Model Y. Have had the core design/engineering elements in my mind for almost 5 years. Am dying to build it,” Musk replied in a Twitter post.

I promise that we will make a pickup truck right after Model Y. Have had the core design/engineering elements in my mind for almost 5 years. Am dying to build it.

He said the pickup would probably be slightly bigger than a Ford F-150.

While Tesla’s pickup is in the pipeline, there’s no clear schedule of when it will be made available. For the time being, less well-known companies like Workhorse Group and VIA Motors are already offering electric trucks that feature traditional engines as a backup. Meanwhile, Ford is considering an all-electric F-150 as part of its increased commitment to electric vehicles.

The Model Y, to be built on the same platform as the Model 3 sedan, was tentatively scheduled to begin production in mid-2019.