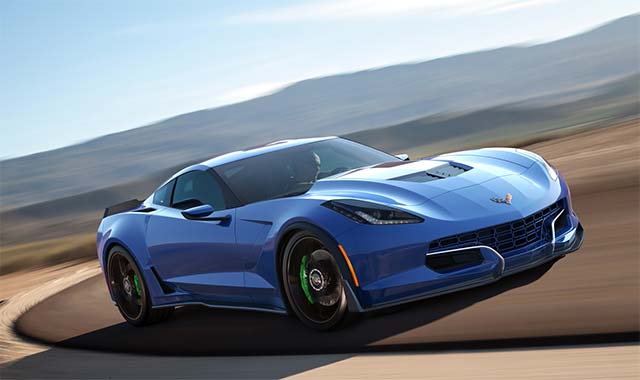 The pre-production GXE on display at CES is first and foremost about performance and sustainability. The car will feature the latest electric powertrain and battery technology, much of it derived from F1 and Le Mans racing experience.

The car promises to hit 60mph in less than 3 seconds and exceed 220 mph.

Last year, Genovation unveiled its first-generation GXE, which stands for Genovation Extreme Electric and was an electric car that used a C6 Chevy Corvette Z06 as its donor car. That model replaced the supercharged 6.2-liter V-8 with a pair of electric motors, which together produced around 600 horsepower and 600 lb.-ft. of torque. The GXE went on to set a land-speed record for a street-legal EV with a top speed of 205.6 mph, as well as an electric car record for a standing mile.

The new GXE is a C7 Grand Sport Corvette that is re-engineered by Genovation to be a performance driven all-electric vehicle. The GXE includes a state-of-the-art battery management system, inverters, batteries and electric motors that produce in excess of 800-hp and 700 lb-ft of torque. The car has a range of 130 miles during normal driving operation with a near 50/50 weight distribution and is optimized for a low center of gravity. The car promises to hit 60mph in less than 3 seconds and exceed 220 mph.

The GXE will have a unique and stylish exterior made from innovative green composites and custom interior accouterments. The GXE is truly a performance vehicle that is meant to excite drivers with its speed, responsiveness and efficiency.

The GXE will be produced in a limited quantity of 75 vehicles. Individuals that wish to pre-order the GXE can secure their place in line by signing up on Genovation’s web site. They will also be required to submit a deposit of $250,000. The final price for the GXE will be $750,000. Each GXE will be bespoke and unique, based upon the individual customer’s desires. Customers that choose to purchase the GXE can guarantee that their GXE will be one-of-a-kind as it will be based on their individual design and finishing requests.

Genovation anticipates that the first vehicles will be delivered in Q4 of 2019 after a 2-year design period and 1 year build time.