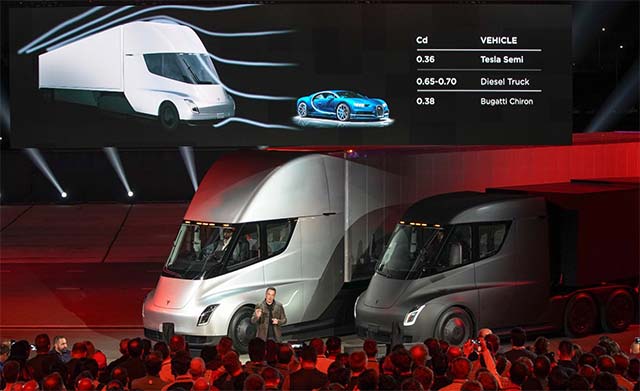 Tesla is so confident in its truck it is guaranteeing that the truck will not break down for one million miles. Musk said production will begin in 2019 and reservations can be made for $5,000.

The battery—whose size Tesla declined to disclose—takes up a space about three feet high, and stretches from the front wheels to the second pair. The Tesla Semi has two drive axles. Each drive axle has two motors—the same electric motors in Tesla’s Model 3 sedan.

“We designed the Tesla truck to be more like a bullet,” Musk said, comparing the vehicle to typical semi trucks. The Tesla Semi has a 500 mile range and can go from 0-60 MPH in 5 seconds (in 20 seconds while carrying 80,000 pounds). Musk did not reveal a price for the truck on stage, but claimed it would wind up costing 20 percent less per mile than a diesel truck. Production of the truck will begin in the year 2019. “If you order now, you get your truck in 2 years,” Musk said. 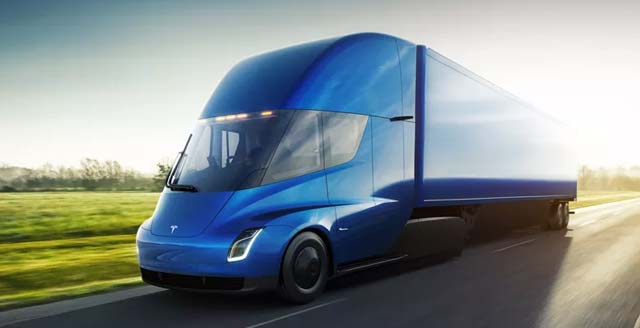 One of the truck’s most striking features is the minimalistic interior of the vehicle, which is designed specifically for the driver. The cab has full standing room and the driver’s seat is positioned in the center, which is intended to provide better visibility.

The cab also has two touchscreen displays—again a Model 3 screen—positioned on both sides of the driver. The touchscreens provide all the information a driver needs and even double as side-view mirrors. The Tesla semi has built-in connectivity that integrates directly with a fleet’s management system to support routing and scheduling, and remote monitoring, according to the company.

And of course, the truck gets the Enhanced Autopilot features that let it drive itself on the highway, staying in its lane and a safe distance from neighboring vehicles. 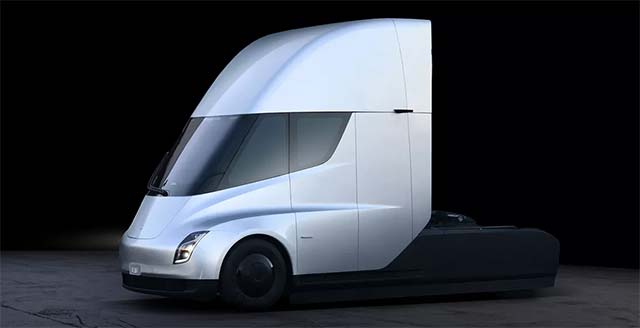 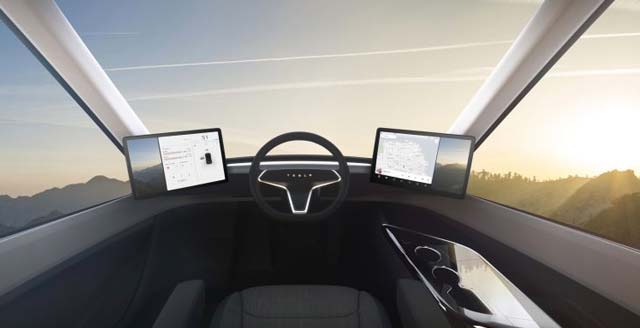 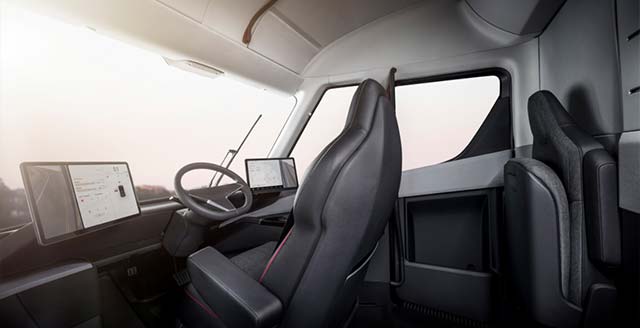