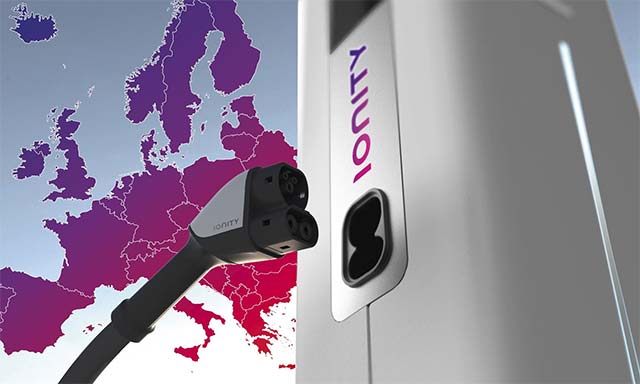 IONITY, the joint venture of BMW, Daimler, Ford and Volkswagen with Audi and Porsche founded only a few weeks ago, is taking off quickly.

IONITY has formed strategic partnerships with Shell, Tank & Rast, OMV and Circle K for the realization of its European fast charging network and is thus entering the exploration and realization phase in 18 European countries.

By teaming up with the four partner companies, more than 50 percent of the 400 sites planned between now and the year 2020 have already been covered. The installation of “High-Power-Charging” (HPC) charging stations directly on the major thoroughfares will make electromobility significantly more convenient and the charging capacity of up to 350 kW is expected to reduce the waiting time for customers to a minimum.

By joining forces with Shell, IONITY will be able to install its fast charging infrastructure at sites throughout ten European countries: Belgium, France, Great Britain, the Netherlands, Austria, Poland, Slovakia, Slovenia, the Czech Republic and Hungary. This collaboration will reinforce the business strategy pursued by both companies to offer more and more drivers of electric vehicles a fast, reliable charging service at attractive sites.

The site partner in Germany is Autobahn Tank & Rast, which operates around 360 petrol stations and 400 service stations, including approximately 50 hotels, within the German motorway network.

IONITY is working with the Austrian company OMV on the roll-out of a fast charging infrastructure in Austria, Slovenia, the Czech Republic and Hungary.

By teaming up with Circle K in Denmark, Estonia, Ireland, Latvia, Lithuania, Norway and Sweden, IONITY will be able to forge ahead with the construction of its fast charging network in Northern Europe.

IONITY uses the European charging standard “Combined Charging System” (CCS) with a charging capacity of up to 350 kW and thereby will provide cross-brand compatibility with most present-day and future electric vehicles. The charging stations are equipped with the latest echarging technology and will have six charging points on average. They will be easily accessible for the public situated at a distance of approximately 120 km from each other.

Together with its partners, IONITY is already working on the realization of the first 20 sites in more than ten countries. Working together with the experienced site partners Shell, Tank & Rast, OMV and Circle K is an important success on the road to establishing a European network of fast charging stations by 2020. Thus, the way for electromobility to gain mass appeal even over long distances will be paved. Further partnerships aimed at completing the IONITY European fast charging network are already in the pipeline.