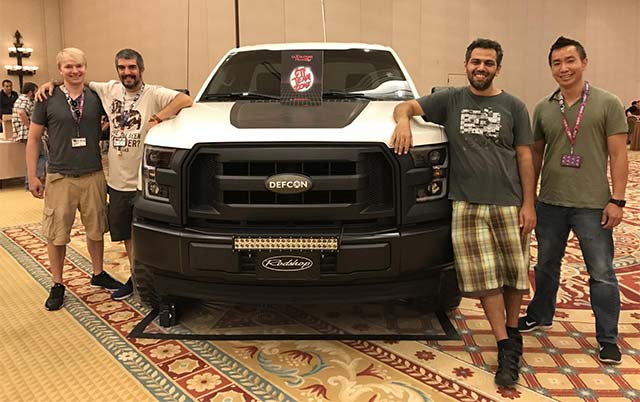 At the annual security conferences in Las Vegas last week, researchers and hackers devised a series of challenges to understand the vulnerabilities of our connected world. One topic that has gained exposure over the last year has been security vulnerabilities in modern automobiles.

The NIO U.S.“Robamierdas”team, won the First Place Prize which included a new Ford F-150 pickup truck and the coveted lifetime DEF CON “Black Badge.” A Black Badge is one of the highest honors that DEF CON, bestows in recognition of overall elite skills and outstanding contribution to the security community.

In March 2017, NIO U.S. announced its first production autonomous electric vehicles will be available in U.S. in 2020.

We’re incredibly proud of what our team accomplished,”says Abe Chen, NIO U.S., Director of Product and Information Security, who lead the four-person team. “The competition was fierce and it was down to the wire. But we had a blast and can’t thank the Car Hacking Village enough for the opportunity—and prizes.”