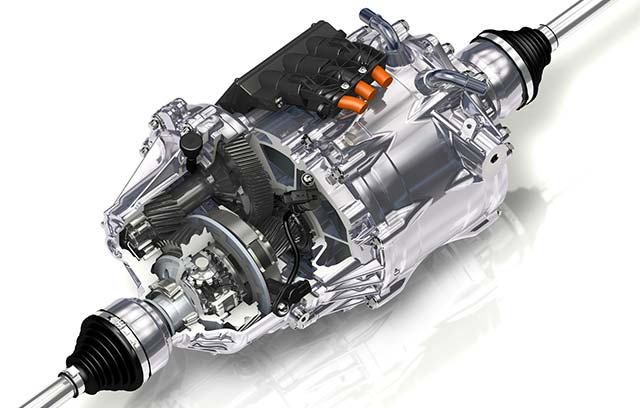 GKN Driveline has been honored with an Automotive News PACE Innovation Award for the integrated co-axial eAxle on the Volvo XC90 T8 Twin Engine.

The Automotive News PACE Award, bestowed for more than 20 years, is acknowledged around the world as the industry benchmark for automotive supplier innovation. Automotive News notes that GKN’s co-axial electric axle and electric motor system “makes it easier for automakers to design fuel-efficient plug-in hybrid electric vehicles on global platforms.”

Designed to minimise packaging and maximise performance, the co-axial eAxle on the Volvo XC90 sets new standards in eDrive sophistication. Developed to fit in the same space as the Rear Drive Module on the XC90 AWD driveline, the eAxle solution gives Volvo the ultimate flexibility to meet the customer demand mix between all versions of the XC90 driveline.

The technology has also launched on the Volvo S90 and will feature on other vehicles across the automaker’s SPA platform, as well as on future applications with other manufacturers.

The award continues GKN’s strong history with PACE. It has won PACE awards for the previous two years; first with the two-speed eAxle on the BMW i8 and last year with the VL3 sideshaft system on the BMW 7 Series. In addition, GKN won a Partnership Award in 2016 for its work with Ford on the Focus RS, whilst it has also been named a finalist for the Twinster all-wheel drive system on the Range Rover Evoque and the disconnecting all-wheel drive system on the Jeep Renegade.