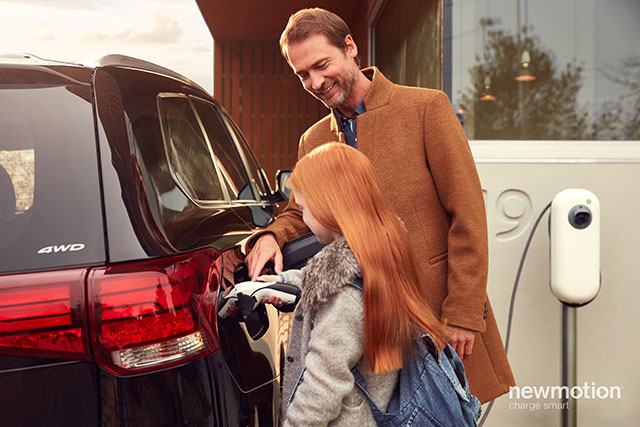 NewMotion Europe’s largest provider of smart charging solutions for electric vehicles, has announced it will take on the existing Source East charging points and upgrade them – free of charge.

Following recent news that Source East, the UK’s last remaining independent Plugged in Places charge network (outside of London) is due to shut down at the end of March.

NewMotion is offering to incorporate the existing chargers into its open network and replace the legacy charge points with state of the art smart chargers, free of charge. The company will also supplement this with rapid chargers in strategic locations.

With years of experience and a charge network of 40,000 charge points across Europe, NewMotion wants to pull the plug on the monopolisation trend in the UK charge market and create an open network that anyone can use, at any time, with any charge card.

Sander van der Veen, UK Country Manager, NewMotion, says, “We know how to operate charge networks in a mutually beneficial manner and our aim is to launch the UK’s first interoperable network.

“We believe EV drivers are best serviced by having seamless access to any EV charge network, regardless of the owner or operator. It is for this reason that we operate an open network policy, in which we offer competing network operators access to our charge points. Furthermore, NewMotion EV drivers that wish to use our network can do so without paying any monthly subscription fees unlike various other network providers.

“We are aware that the current charging infrastructure in the region largely consists of legacy equipment and a mix of two or three charge point manufacturers. NewMotion is aiming to replace any legacy equipment and where possible integrate the remaining into our network. We can supplement this by offering Rapid Chargers on strategic locations.