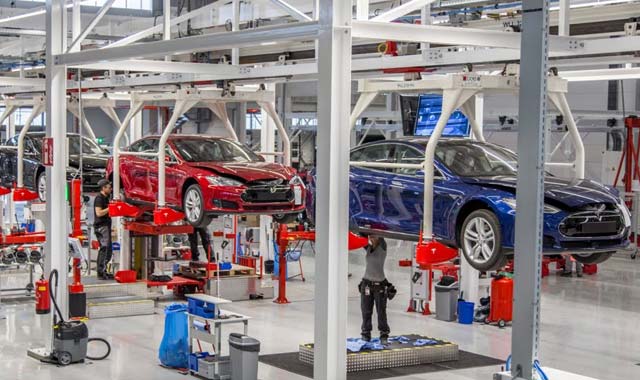 Tesla Motors said on Tuesday it would buy Germany-based Grohmann Engineering to help boost its automated manufacturing systems as it looks to produce 500,000 cars per year by 2018.

Tesla announced the news on its blog, saying that after upping its output target to 500,000 cars a year by 2018, it began searching for “the best engineering talent in automated manufacturing systems”.

After the transaction is closed the engineering company from Prum, Germany, will be renamed Tesla Grohmann Automation and will add more than 1,000 engineering and skilled technician jobs in Germany over the next two years.

Tesla Grohmann Automation will serve as the initial base for Tesla Advanced Automation Germany headquarters, with other locations to follow.

Financial terms weren’t disclosed. The deal, expected to close next year, is subject to clearance from regulators, including those in Germany.