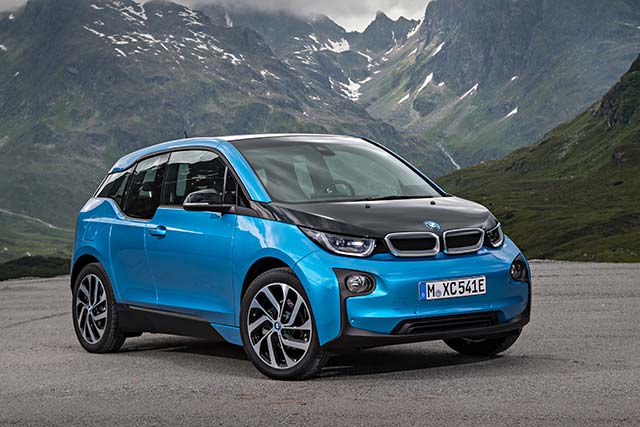 Germany has registered 3.068 new plug-in electric cars, up a significant 60% Year-on-Year, something that could be explained by the new incentives taking effect, combined with new models on the market.

The Renault Zoe is a solid leader (2.115 units YTD vs 1.178 of the Tesla Model S), but in September it was surpassed by the Kia Soul EV (418 registrations) and the BMW i3, which combining its two versions, it registered 511 units, divided by 291 BEV’s and 220 with Range Extender, a record result for the BMW product. With the particular fact that, unlike what happened in the past, when Range Extended units outsold the pure electric ones, since the 33 kWh version arrived into dealerships, the BEV version has always outsold the Range Extended one.

Switzerland has registered 671 new plug-in electric passenger cars in September, up 41% Year-on-Year, with the 4.290 units sold so far this year representing a 6% improvement over the same period of 2015, with the Tesla Model S being the Master in Command here, with 1.083 registrations this year, enough not only to rule the local plug-in electric vehicle market, but also to run at the same pace of its ICE (Internal Combustion Engine) competitors, like the Mercedes E-Class (927 registrations this year), Audi A6 (1.080) or BMW 5-Series (1.246).

But last month the Model S was beaten by another Tesla, with the Model X registering 161 units, seven more than its older relative, which seems to indicate that the SUV will have the same degree of success as the Model S, pulling the Model X to a possible Second Place in the 2016 ranking by year end.

The Austrian plug-in electric car market continues to grow on the fast lane, having registered 584 units in September, representing a 133% surge over the same month last year.

The BMW i3 shattered its previous record (67 units) last month, by registering 146 units, a new absolute record by a single model in one month, with two Tesla models completing the September podium, with the Model X (67 units) ahead of the Model S (57).