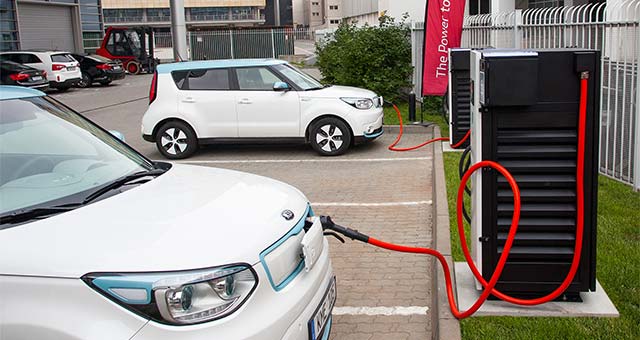 From all-electric to fuel cell vehicles, South Korean automaker Kia is looking to expand its global lineup with new green models by the end of the decade.

By 2020, Kia will have 14 green models in its global lineup, European boss Michael Cole said in a recent interview with the British magazine Autocar: “By 2020, Kia will offer 14 alternative-fuel vehicles globally. They will include EVs, hybrids and plug-in hybrids, as well as a fuel cell model.”

Kia is working alongside 300 partner companies to develop the next-generation fuel-cell technology for global markets. Production of the new Kia fuel-cell vehicle is aimed to be around 1,000 units per year, a figure expected to rise as demand for fuel-cell vehicles increases.

Kia’s FCEV will feature a fuel stack similar in size to a 2.0-liter internal combustion engine, which development teams believe will offer drivers a high level of durability and power density from the advanced powertrain. Kia engineers are planning to develop the brand’s next-generation fuel cell stack to be 5% more efficient and offer 10% greater stack performance, despite being around 15% lighter and 15% lower in volume, compared to current generation fuel cell stacks. The result is a targeted range of more than 800 km from a single fill-up and a top speed of around 170 km/h (106 mph).

Kia’s research into fuel cells date back to 1998, which resulted in the creation of the limited production Kia Mohave FCEV, able to travel up to 690 km on a single fill-up.