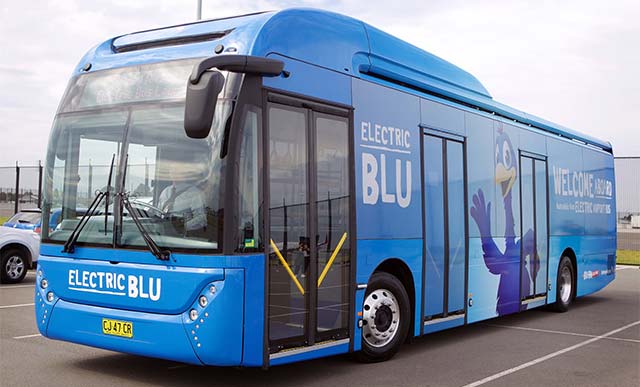 The Electric Blu bus is the first of a fleet of six electric buses to be operational by the end of this year, replacing the airport’s existing diesel bus fleet servicing the shuttle route between the T2/T3 terminal precinct and the Blu Emu Car Park.

The Electric Blu bus has a carrying capacity of 70 passengers, features purpose-designed luggage storage racks and has a range of 400km (about 250 miles up to 100 transfer journeys) on a single charge. Sydney Airport has invested in charging stations and other ancillary equipment to support the deployment of the new electric bus fleet.

The airport is also currently trialling electric cars as part of its ground transport fleet and investigating solar-powered charging stations to further decrease carbon emissions, while research and development is underway for recycling and reuse of batteries and other components.