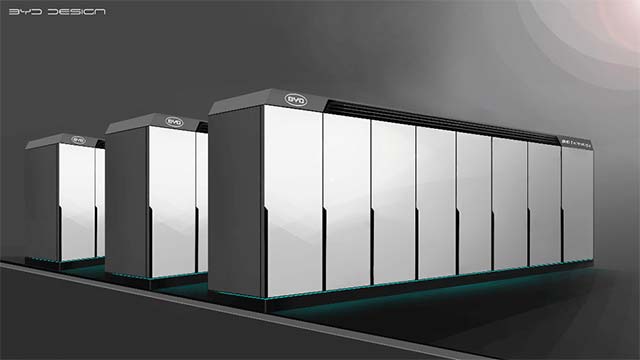 The 75 MW or 4-hour 300 MWh energy storage system is a retrofit addition to the Mustang solar plant which was originally developed by Canadian Solar’s wholly-owned subsidiary Recurrent Energy. The solar plant connected to the grid in August 2016 and the project’s equity stake was sold to Goldman Sachs in May 2019, the current owner of the project.

“We are excited to partner with Canadian Solar on this solution. We are very proud to be able to provide reliable and safe BYD technology to the Mustang project,” said BYD North America President Stella Li.  “We will deliver the lithium-ion battery storage solution to Canadian Solar, who acts as the full system integrator of the storage retrofit.”

By pairing solar PV with advanced battery technology, Canadian Solar helps its customers to generate and store solar power during the day for use in the evening. This approach allows California’s power grid to absorb and integrate higher levels of reliable, safe, and affordable renewable energy while contributing to the state’s climate mitigation efforts.

“We are pleased to start supplying this large-scale solar plus energy storage project which will be fully developed and integrated by Canadian Solar with our proprietary battery technology. The adoption and integration of BYD’s batteries will improve the utilization of solar energy and meaningfully enlarge our global addressable market in the solar industry.”

For the Mustang project, BYD will utilize Cube Pro, the latest generation energy storage solution designed for larger utility-scale projects. At 2.5 MWh per unit, the Cube Pro has a new liquid-cool battery system in the enclosure, with an energy density increase of 80% compared to the previous generation that used customized shipping containers as the enclosure.

BYD has been committed to the North America Energy Storage market for almost a decade, with the first MW-scale project deployed in the U.S. in 2011. It has remained a market leader since then.

Starting late 2019, BYD had started to focus on DC solution offerings for the front-of-the-meter market in North America. Meanwhile, legacy PCS products for the commercial and industrial market will continue to remain available.