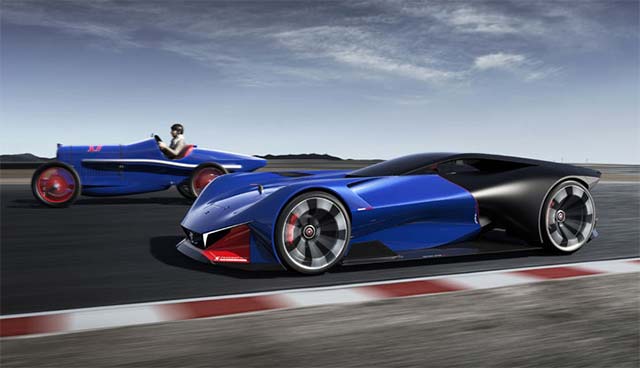 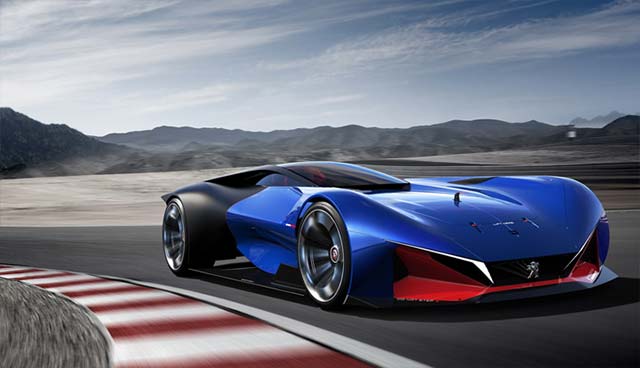 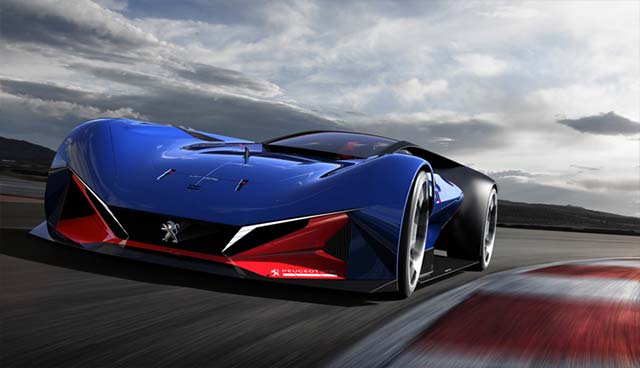 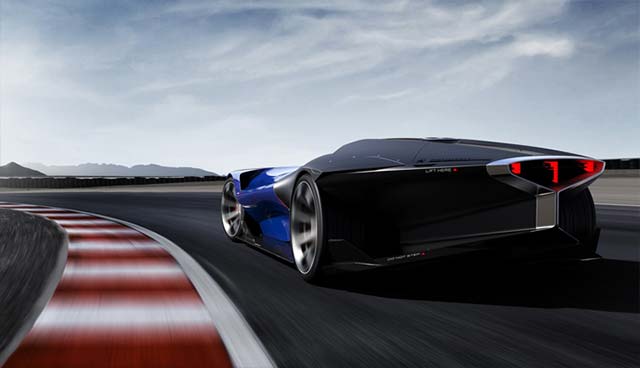 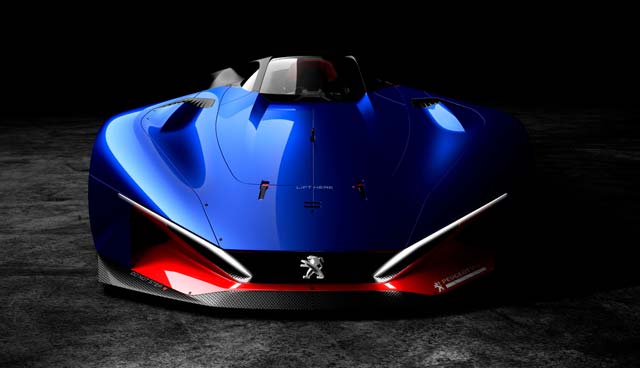 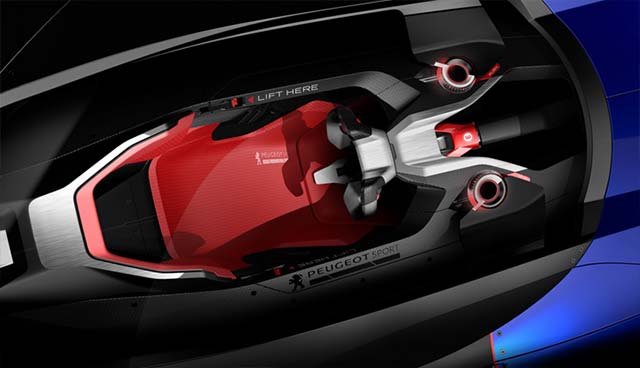 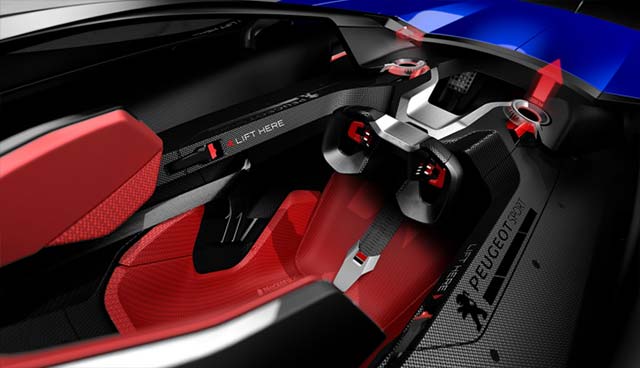 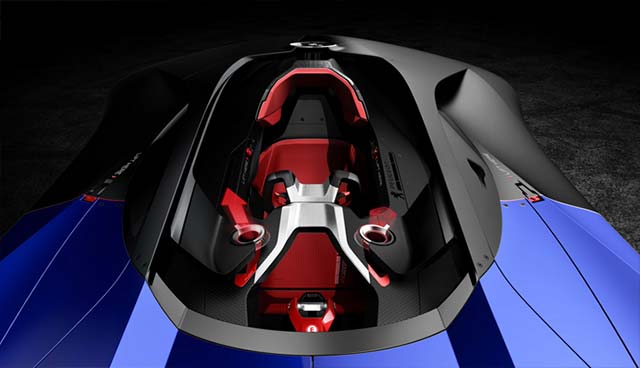 PEUGEOT has unveiled the L500 R Hybrid racing car concept to pay tribute to the 100-year anniversary of the French car maker’s first win at the Indianapolis 500.

Developped by PEUGEOT Sport teams, the 500-bhp plug-in hybrid petrol powertrain features two electric motors (one front and one rear) plus a 270 hp petrol engine, yielding peak torque of 730 Nm. Style-wise, the sleek lines run from the lion badge on the radiator grille toward the driver to end in a streamlined rear feature (a nod to the car’s century-old ancestor) highlighting the three distinctive rear lamp claws that form part of Peugeot’s design identity today.

Because the PEUGEOT L500 R HYbrid racing car is designed to be one with its driver, driving sensations are amplified by a driver compartment deliberately designed to form an individual floating capsule enclosed in the bodywork. Through a prospective concept, the PEUGEOT i-Cockpit technology takes a radical motorsport stance, with a small steering wheel embedded in the structure and two holograms showing information in dual disc displays. In their relentless quest for aerodynamic, the PEUGEOT teams reinterpreted the original L45 two-seat architecture to produce a single seater that offers a virtual co-pilot an amplified real-time racing experience through a virtual reality headset.

The L500 R HYbrid is a timeless Peugeot, extending to the future with its forward-looking design, overtly acknowledging the past prowess of its predecessors, and proudly showing off some of Peugeot’s present-day design identity features, such as the front light signature seen on the PEUGEOT 3008 SUV, or the striking blue and black colour scheme as a reference both to the 500-bhp petrol hybrid drivechain and to the colour of the original L45.

A racing concept tribute to PEUGEOT prowess at the Indy speedway
PEUGEOT L500 R HYbrid pays tribute to the L45 and to Peugeot’s illustrious past in the USA, when the Lion claimed three victories in the 500-mile event at the Indianapolis speedway, the world’s second-oldest racetrack. The L45 (for 4.5 litres) took over from the L76, put together in 1912 by a team of intrepid young drivers known as the “Charlatans”, who produced a whole series of racers that would open a new age in racing engine design, through to 1919.

The L76 was the first car in the world to use a four-cylinder engine with four valves per cylinder plus a dual overhead camshaft, and was the first modern racing car to reach 190 km/h.

At the wheel of Peugeot’s first racers —L76, L57, L3 and L45— the Charlatans claimed success after success on the racetracks of the world. Drivers Georges Boillot, Jules Goux and Paolo Zuccarelli, and engineer Ernest Henry, enjoy enduring renown for bold innovation. The team’s early American exploits marked the start of a string of exceptional victories for PEUGEOT Sport in the USA: Ari Vatanen in 1988 and Robby Unser in 1989 won the mythical Pikes Peak hill race with PEUGEOT 405 T16, and Sébastien Loeb’s PEUGEOT 208 T16 Pikes Peak made a record-breaking run in 2013, completing the 20 km to reach the summit in 8’13”878. There’s no let-up in the spirit of conquest at Peugeot; this was quite clear, for example, when Stéphane Peterhansel victoriously signed PEUGEOT comeback to the Dakar, after its four successive wins from 1987 to 1990.
“With PEUGEOT L500 R HYbrid we’re paying tribute to PEUGEOT racing exploits dating to the early 20th century. Inspired by this spirit of performance and innovation we wanted to convey a sculptural, elegant and technological view of the future of PEUGEOT motor sport”, explains Matthias Hossann, Peugeot’s concept car and technological advance chief.