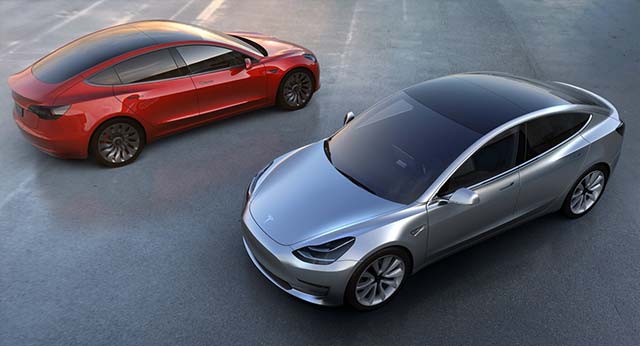 Tesla Motors has taken 198,000 orders for the Model 3 in the first 24 hours, according to a tweet by Tesla CEO Elon Musk.

Thought it would slow way down today, but Model 3 order count is now at 198k. Recommend ordering soon, as the wait time is growing rapidly.

Tesla started taking reservations for the model on Thursday morning. By the time Elon Musk unveiled it, the car had 115,000. Not long after, and while the reveal event was still ongoing, the number was climbing into the high 130,000s.

It’ll take $1,000 to get a reservation slot. The very first cars are planned to roll off the line late next year, and early cars will be going to existing Tesla owners on the West Coast.