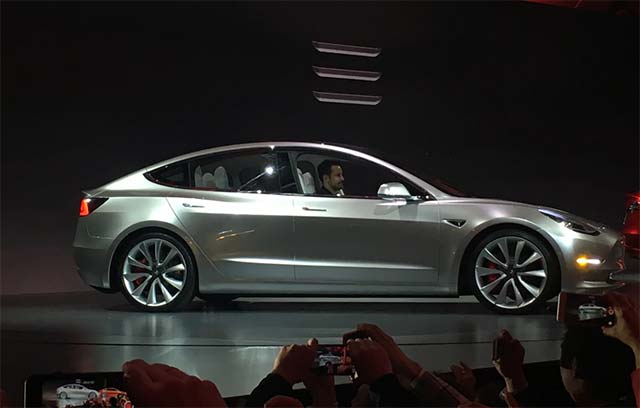 Tesla Motors has officially unveiled its wildly anticipated Model 3, the vehicle that the Palo Alto-based carmaker hopes will take the electric car to the masses.

At the unveiling of the Model 3 at the company’s design studio in Hawthorne, California, Tesla CEO Elon Musk said the car will deliver at least 215 miles of range beginning at just $35,000 before tax credits — making it potentially attainable by everyday commuters who are ready to go electric. 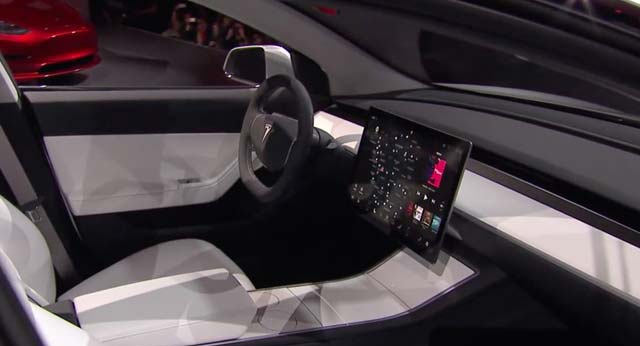 Tesla began taking pre-orders for the vehicle from customers who showed up at Tesla retail stores and online. Musk also noted that more than 115,000 reservations have already been placed worldwide for the Model 3.

It’ll take $1,000 to get a reservation slot. The very first cars are planned to roll off the line late next year, and early cars will be going to existing Tesla owners on the West Coast.

Here’s what we know so far:

– Base will be at least 215 miles per charge
– Base model will do 0-60 in under 6, with versions that go much faster
– All model 3s will have autopilot
– Like the model S, it will have front and rear trunks
– All Model 3s will come with supercharging standard
– The roof area is “one continuous pane of glass”
– Deliveries will begin at the end of next year, and start at $35,000