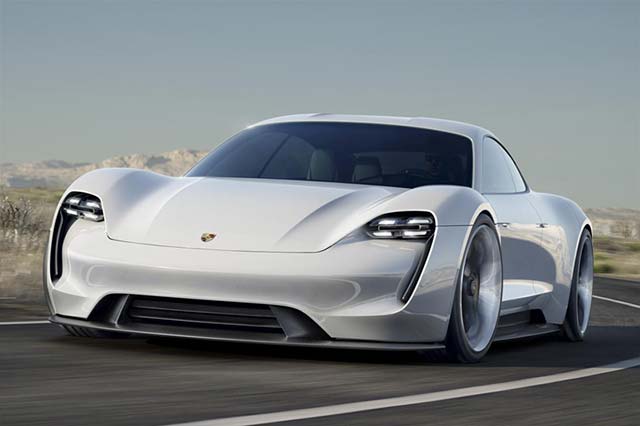 Porsche has released a new video of the company’s first electric sports car, the Mission E, taking us behind the scenes to see what went into designing concept.

Design inspiration for the Mission E came of course from the classic Porsche 911, but also from the 919 hybrid race car. The designers wanted the car to have its own style, with elements like the rear light strip and suicide doors setting it apart, while still be instantly recognizable as a Porche.

The Mission E concept car celebrated its premiere at the Frankfurt International Motor Show (IAA) in September. Visitors were gripped above all by its highly emotional design. Living up to the buzzword of ‘E-Performance’, the technological trailblazer combines outstanding driving performance with trendsetting day-to-day practicality.

The four-door car with four individual seats has a system power output of over 600 hp (440 kW). The vehicle will thus achieve both acceleration of 0 to 100 km/h (0-62 mph) in under 3.5 seconds and a range of more than 500 kilometres (310 miles). Charged via an 800-volt charger unit specially developed for the car, which is twice as powerful as today’s quick-charge systems, the lithium-ion batteries integrated within the vehicle floor have enough power again for 80 percent of the range after just 15 minutes. The vehicle can optionally be ‘refuelled’ wirelessly by induction via a coil set into the garage floor.

The production model is due around 2020 and will be built in Porsche’s Stuttgart factory. To bring the vehicle to life, Porsche will invest 700 million euros (about $764 million) in the project, which should create around 1,000 new jobs.