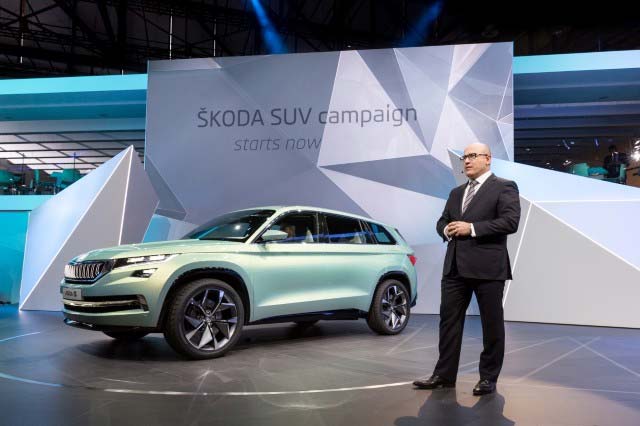 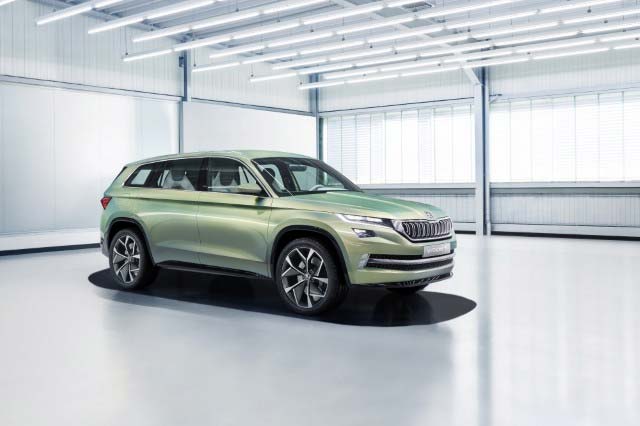 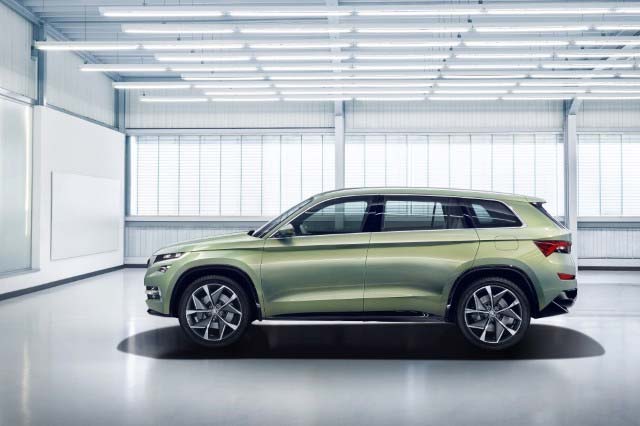 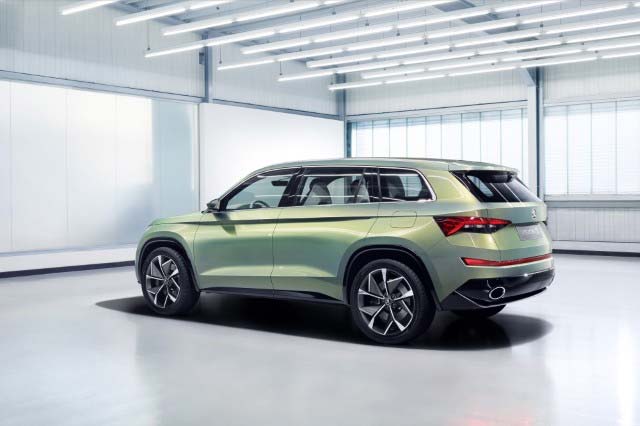 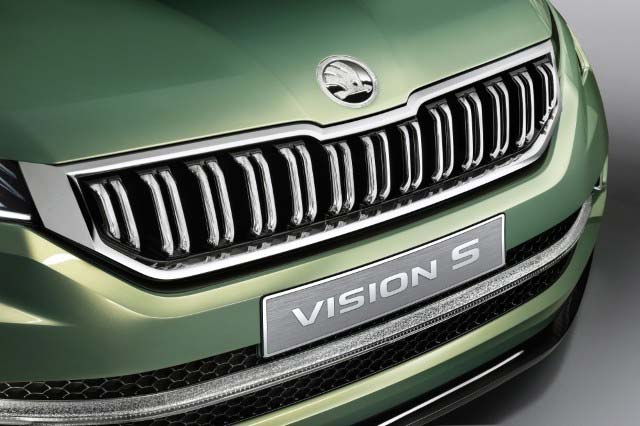 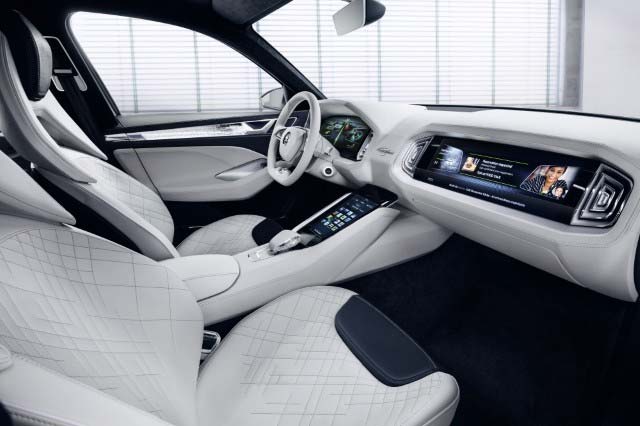 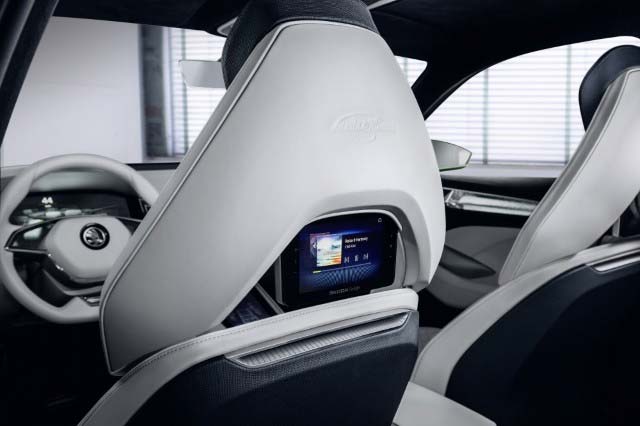 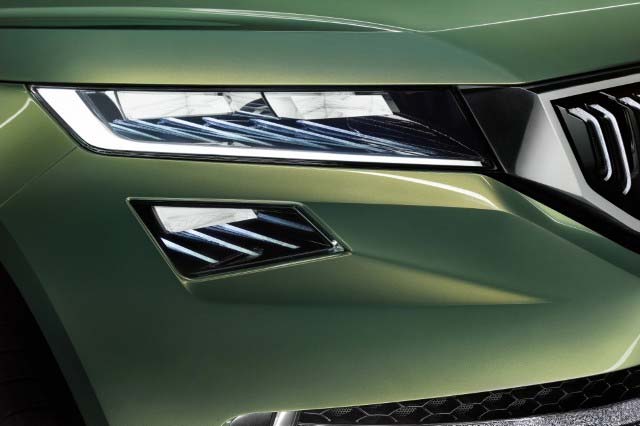 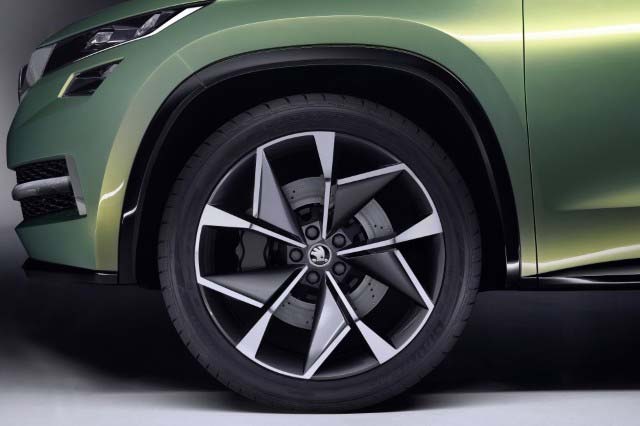 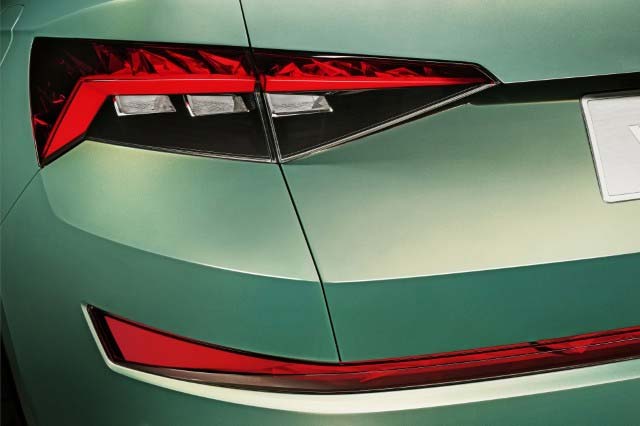 The SKODA VisionS show car celebrated its world premiere at the Volkswagen Group Night on the eve of the 2016 Geneva Motor Show.

The VisionS concept car gives an insight into a new, large SUV production model that the Czech car manufacturer will introduce in the autumn of this year.

The SKODA VisionS incorporates the brand’s new design language, carrying it over into the SUV segment: the design is clearly influenced by cubism and the tradition of Bohemian crystal glass art. The lines are precise, sharp and clean-cut; the distinctive interplay of light and shadow on the contoured surfaces has a powerful effect, which is accentuated by the Iceland Green colour.

At 4.70 metres long, 1.91 metres wide, 1.68 meters tall and with a 2.79-metre wheelbase, the SKODA VisionS makes a bold statement on the road. Based on Volkswagen Group’s Modular Transverse Matrix (MQB), this is SKODA’s first vehicle to feature six seats across three rows.

The internal combustion engine is a 1.4 TSI with 115 kW (156 PS) and 250 Nm of torque. It works alongside an e-motor that provides 40 kW of continuous power and a peak torque of 220 Nm. The e-motor is integrated with the six-speed DSG, which transfers the power to the front wheels. A second electric engine with up to 85 kW and 270 Nm of torque drives the rear axle. This works independently from the front axle drive, meaning the show car has clever four-wheel drive, which requires no mechanical coupling. The three engines cooperate in a highly flexible manner: the driver of the SKODA VisionS can choose between several modes of operation – from the purely electric engine to charge mode, always with the goal of maximum efficiency. The lithium-ion battery with a capacity of 12.4 kWh is positioned in front of the rear axle.

SKODA has responded to the rapidly growing range of information and the passengers’ desire to communicate by introducing automotive digital networking (mobile services), providing large displays for optimum vehicle and infotainment services for all passengers, who can connect to the network in several ways from each seat in the vehicle.