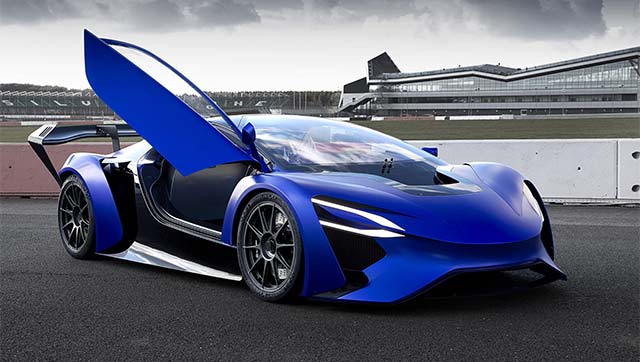 Techrules, a new China-based automotive research and development company, is making its global debut at the 2016 Geneva Motor Show.

TREV is a range extender system that uses a micro-turbine to generate electricity that charges a battery pack. The battery powers the motors that drive the wheels. Newly developed battery management technologies enable superior charging efficiency. The high efficiency of the TREV range extender results in a requirement for fewer batteries, saving weight and space.

Techrules is showcasing its technology at the 2016 Geneva Motor Show in a plug-in hybrid range extender TREV concept that represents the first step towards production of China’s first supercar. A development prototype started testing last month (February 2016) at the world-famous Silverstone race circuit in the UK.

TREV is an all-new proprietary, patent protected series hybrid powertrain system. It comprises a micro turbine generator that is inspired by technology commonly used in the global aviation industry and large-scale power generation industries. The turbine drives a generator which charges a battery. This in turn, provides electricity to drive the traction motors. Unlike many previously developed turbine powertrain systems, there is no direct electrical feed from the generator to the electric motors: the TREV system is purely a series hybrid range extender system.

Air drawn into the micro turbine is passed through a heat exchanger where heat from the exhaust air is transferred to the cold intake air after it has been compressed. Ignition of the compressed and heated fuel-air mixture generates enormous energy which is channelled to at very high speeds to turn the turbine vanes. As this hot exhaust gas is expelled, it passes through the heat exchanger to ensure the heat energy is recuperated and transferred to cold intake air.

The turbine – rotating at 96,000 revolutions per minute – produces 36 kW. Of this output, 30 kW powers the generator, with 6 kW directly powering auxiliary equipment such as the inverters. The 30 kW electrical output from the generator is used to charge the battery pack.

Maximum range – based on the battery configuration in the concept supercar presented at Geneva – is projected to be over 2,000 km from 80 litres of aviation kerosene (in urban driving conditions), or a fuel with equivalent calorific value. 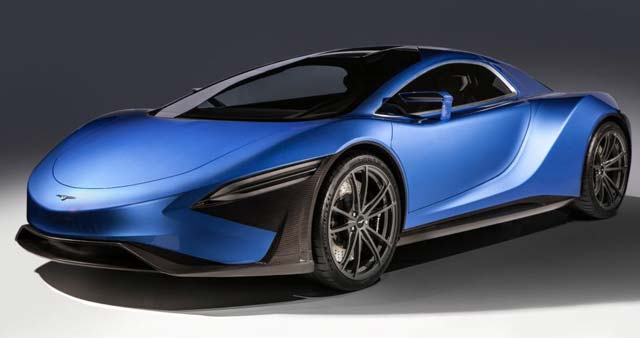 Concept is a vision of future production TREV supercar
Techrules is showcasing its TREV technology at the 2016 Geneva Motor Show in a two-seater all-wheel drive concept supercar. The turbine generator is carried behind the passenger cabin and in front of the rear wheels, making the concept a ‘mid-engined’ electric vehicle.

It is presented in two designs, the AT96 and GT96. These designs – each offering an alternative configuration of the TREV system – are two variations of a vision of how turbine-recharging supercars might look when the technology enters production in China’s first supercar.

‘AT’ refers to ‘Aviation Turbine’, indicative that the turbine is configured to run on a liquid fuel such as aviation kerosene, diesel and gasoline. The AT96 is a vision of a track-focused version of the supercar and features management large rear wing, which provides both straight-line stability as well as downforce to aid high speed cornering.

The GT96 – for gas turbine – is designed to run on a gaseous fuel such as biogas and natural gas and is styled as a road-going hypercar.

A first supercar development prototype – based on the AT96 aviation turbine configuration – has been produced by Techrules’ specialist vehicle engineering partners in Italy and the UK. Initial testing began in February 2016 at the iconic Silverstone race circuit in the UK.

The range of the supercar concept on plug-in battery power alone is projected to be up to150 km, with a total range of over 2,000 km from 80 litres of aviation kerosene – or a fuel with the equivalent calorific value – with the TREV range extender deployed.

The combined peak output of the motors is 768 kW (1,030 bhp / 1,044 PS) and maximum torque at the wheels is projected to exceed 8,600 Nm (6,300 lb ft). With such power available with such brutal immediacy, the Techrules supercar concept boasts performance to rival today’s hypercars: 0 – 100 km/h in 2.5 seconds; top speed electronically restricted to 350 km/h.

The kerb weight of the development vehicle is currently 1,380 kg. The target for the future production supercar is a sub-1,000 kg dry weight.

At the heart of the concept is a carbon-fibre monocoque to provide exceptional torsional rigidity and passenger safety. The body structure is also lightweight carbon fibre, including the dihedral doors.

The rear subframe carries the primary range extender components, including the micro turbine generator and direct ancillary systems, as well as the cooling systems for the electric traction motors and battery pack, and the rear motors and inverters.

Under the carbon-fibre body, a longitudinal T-shaped battery back runs down a central spine of the car – providing the same appearance in the passenger cabin as a transmission tunnel would in a front-engine, rear wheel drive car. The battery pack is liquid cooled to maintain an optimal operating temperature for the cells.

The battery pack comprises 2,376 individual 18650 cylindrical cells that use the ultra-safe Lithium-Manganese-Oxide chemistry (LiMn) chemistry with a capacity of 20 kWh usable and with a voltage of 720 V. Thanks to its smart battery management system, the battery pack can be charged by the turbine generator in approximately 40 minutes.

The primary advantage of using two smaller motors instead of a single larger motor for each rear wheel is packaging efficiency and simpler mounting to the monocoque.

The current plan is for a TREV-powered supercar to be produced and sold in low volumes within the next few years. The low volumes will help Techrules perfect the production process of the TREV system and learn from its performance in real world conditions as it further develops the system for higher volume production.