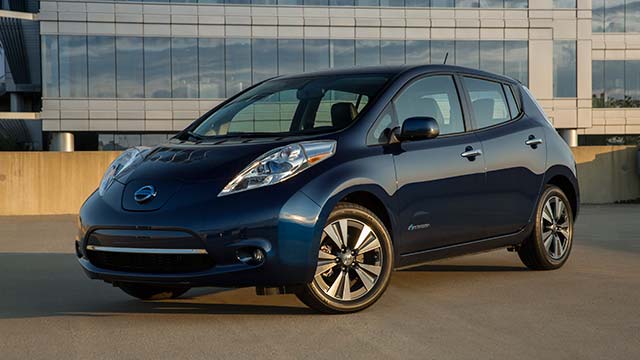 The latest version of Nissan’s 100% electric LEAF, the recently-launched, longer-range 30kWh model, has been named Best Small Family Car at the 2015 Next Green Car Awards – an award the previous generation model also received in 2013.

The awards’ shortlisted models were selected according to Next Green Car ’s NGC Rating which evaluates the environmental impact of all new cars on the market. This was considered alongside other factors including capability, suitability for purpose, impact on their sector and value for money. The awards covered 10 categories and 44 different models from 24 manufacturers.

The new Nissan LEAF 30 kWh is about to go into showrooms across the UK. The updated version gives drivers 155 miles of range on a single charge (+25% over the previous model), beating all competitors in the segment.

Chris Lilly, Content Manager at Next Green Cars commented; “The best-selling electric LEAF gets better still with a longer range and more kit. Now with fewer charges needed, the LEAF is an award-winning car in its own right, not just a winning EV.”

Nissan Motor (GB) EV Category Manager, Robert Tweedie, added; “Nissan is delighted that the recently launched 30kWh LEAF has won the Small Family Award 2015. This accolade is yet more recognition of the all-round practicality of the LEAF, particularly as a family car.”

The new battery is the highlight of an updated package that helps reinforce the Nissan LEAF’s position as the most capable and practical electric vehicle in the world, and with the best value. The latest version will significantly broaden the LEAF’s appeal as a true alternative to internal combustion engine cars for thousands more motorists.