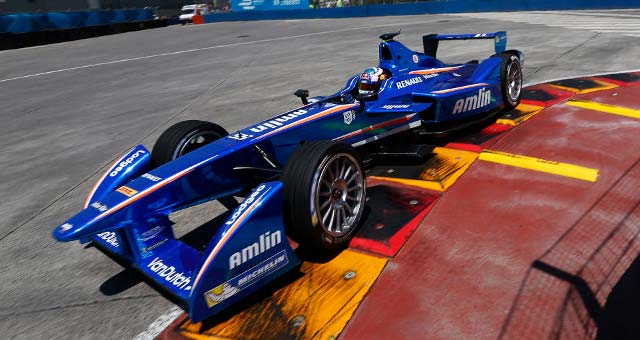 Antonio Felix da Costa may have missed the opening round of the year in Beijing but it hasn’t taken long for him to make an impact.

Congratulations on the win in Buenos Aires, talk us through the race from your perspective…
“Before the race weekend even, I felt like we made a really big step forward after the test day in Uruguay. We really improved a lot but it was the same for everybody as you could see with the laptimes being so close in qualifying. I felt really good going into the session but I didn’t want to risk too much and pushed for what was in the end a decent lap, which was only half-a-second from pole. In previous qualifying sessions it has been over a second! We ended up starting P9 but for this reason I think from now on we will see much more competitive qualifying and racing. As for the race we were really good on energy consumption and thankfully I have previous experience of that sort of management working with Red Bull in Formula 1, using regeneration systems. Therefore Formula E battery management isn’t a new procedure for me and I’m quite able to control the strategy from that point of view. We were running sixth before the car change and felt we could have been fighting for P4 or a podium spot but as you know with Formula E a lot can happen so it’s about getting to the end with no issues. Everyone else who had leading pace had other issues and I knew I could keep the car on the track and fought hard with Jean-Eric Vergne and Sam Bird.”

It was quite confusing for a while when the Qualcomm Safety Car was deployed following Karun Chandhok’s suspension issue. Was it easy to understand in the cockpit?
“Well I wasn’t sure inside the car and actually the thing is when the safety car came out I drove past the pit entry and I was really frustrated and angry as we should have come into the pits straight away. We had an extra lap and I was following (Sebastien) Buemi and we pushed the whole in-lap and lost barely any time. We had a very good car change and when I came out the pits I had all the cars in front of me! Then I thought ‘here we go! I always get screwed up in these situations!’ and I honestly believed my race was ruined and might be back near the rear of the pack. Then they had to re-pass the safety car and I found myself in P4 so I was a little bit happier. I kept pushing and gained places from some penalties up front and tried to control the battery temperatures towards the end of the race.”

Are you enjoying the racing format in Formula E?
“Yeah, I’m loving that the tracks are new for everyone. The first laps of the weekend is completely new for everybody. It’s really important not to make mistakes and I really like having to improvise and find a driving style for each event. It’s also quite hard as all the sessions are in a single day and you have a very short amount of time to discover the track and plan strategy with your engineers. You have to cope with a lot of information and try to adapt quickly. The tracks also have been really nice. The circuit in Punta del Este was mega and the tracks in Malaysia and Buenos Aires have been the best for me.”

Amlin Aguri had a difficult start to the season, what was it that changed the fortune of the team after the test in Punta del Este?
“We learnt a lot and don’t forget we have made a lot of changes behind the scenes and this is still a transition period. Now I think we have the right people at the team and the direction moving forwards is certainly positive. In Punta del Este we worked more on car set-up and the balance of the car to improve the driveability, especially under braking. We got ahead of the issues and as you can see in Argentina we took a big step forward!”

What is the plan now, I understand you have some races that clash with DTM later in the season?
“Well unfortunately some of the later rounds do clash but having missing the first race in Formula E it was always going to be difficult to catch up. But the main guys haven’t finished races recently so we will take it race-by-race and go for the race win to get the maximum amount of points possible. If we can score a lot of points we can finish the year in the top-5 of the driver standings.”