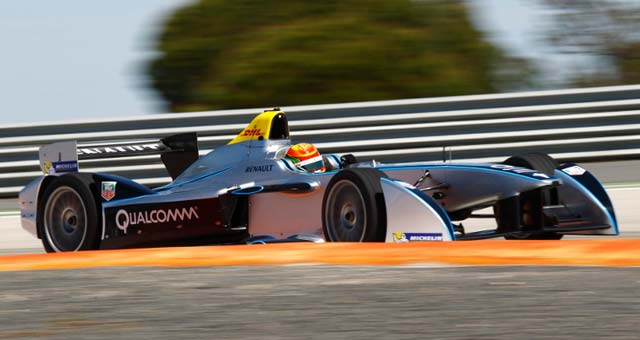 Mike Conway is an experienced street racer and multi-race winner in the IndyCar Series, and in 2014 is also driving with TOYOTA for their LMP1 WEC program. Conway’s previous experience includes three seasons in GP2, and as a Formula 1 test driver for Honda Racing F1 Team.

Felix da Costa will participate in today’s first public test for the squad before linking up on Friday with the Infiniti Red Bull Racing Formula 1 Team where he will continue as the team’s reserve driver at the British Grand Prix this weekend.

The 22-year-old is no stranger to the Spark-Renault SRT_01E Formula E car having driven for the outfit during a shakedown held in early June at the Donington Park Racing Circuit.

He now becomes the second driver to join Amlin Aguri, following the arrival of Katherine Legge, in the all-electric series which starts in Beijing on September 13 and races around the iconic ‘Bird’s Nest’ Olympic stadium.[wzslider height=”400″ lightbox=”true”]