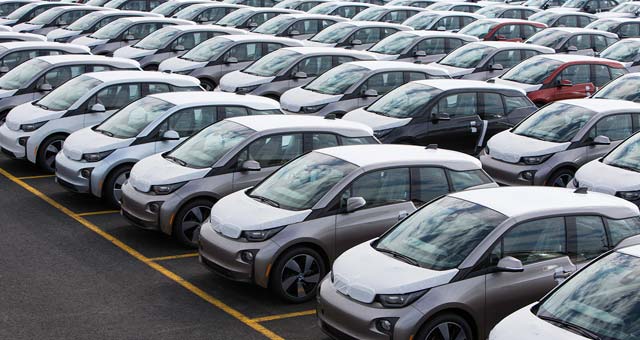 Electric Vehicles are on a roll, with the global market forecast for all hybrid and pure electric vehicles expected to exceed $533 billion in 2025.

These are the new findings by analysts IDTechEx in their recently updated report “Electric Vehicle Forecasts, Trends and Opportunities 2015-2025”.

The sales of the BMW i3 and Tesla Model S pure electric cars are rising rapidly, with Tesla holding back demand because it cannot produce enough for at least a year. Those are premium priced vehicles. The major problem with mainstream pure electric cars is price.

In the race to introduce an ‘affordable’, $30,000 pure electric car with the range of 200-miles people demand, GM is betting it can out- compete Tesla which has chosen Nevada for their Gigafactory where they plan to produce car traction batteries at only $100 per kWh within the decade. If that is successful, some of the gain can be used to increase range.

Hybrid cars are making profit with sales rapidly growing at the expense of conventional cars. The growing number of new models is a strong indicator of future growth. Chinese car manufacturers produced 11 times as many new energy vehicles in August 2014 as they did in August 2013 because of new incentives. The Chinese Government has reaffirmed its commitment to buying electric buses.

Mining companies in Canada are committing to huge pure-electric trucks for the first time. Many companies have promised first pure electric motorcycles on sale in 2015, following lift off in sales from leaders, Zero Motorcycles and Brammo in the US. For example, Yamaha will offer its first two pure-electric light motorcycles next year and has recently patented a three wheeler with two motors following Toyota gaining huge interest in its i-Road pure electric three wheeler, an enclosed motorcycle with two electric motors. 70,000 people in 170 countries have pre-ordered the first pure-electric robot vacuum cleaner from Dyson, world number one in vacuum cleaners.