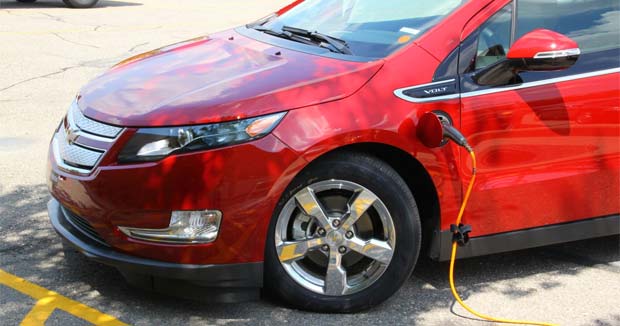 University of Delaware (UD) researchers conducted a study which reveals the electric car attributes that are most important for consumers: driving range, fuel cost savings and charging time.

The study, which surveyed more than 3,000 people, showed what individuals would be willing to pay for various electric vehicle attributes. For example, as battery charging time decreases from 10 hours to five hours for a 50-mile charge, consumers’ willingness to pay is about $427 per hour in reduction time. Drop charging time from five hours to one hour, and consumers would pay an estimated $930 an hour. Decrease the time from one hour to 10 minutes, and they would pay $3,250 per hour.

For driving range, consumers value each additional mile of range at about $75 per mile up to 200 miles, and $35 a mile from 200-300 miles. So, for example, if an electric vehicle has a range of 200 miles and an otherwise equivalent gasoline vehicle has a range of 300, people would require a price discount of about $3,500 for the electric version. That assumes everything else about the vehicle is the same, and clearly there is lower fuel cost with an electric vehicle and often better performance. So all the attributes have to be accounted for in the final analysis of any car.

The researchers found that battery costs would need to decrease substantially without subsidy and with current gas prices for electric cars to become competitive in the market. However, the researchers said, the current $7,500 government tax credit could bridge the gap between electric car costs and consumers’ willingness to pay if battery costs decline to $300 a kilowatt hour, the projected 2014 cost level by the Department of Energy. Many analysts believe that goal is within reach.

The team’s analysis could also help guide automakers’ marketing efforts — it showed that an individual’s likelihood of buying an electric vehicle increases with characteristics such as youth, education and an environmental lifestyle. Income was not important.

In a second recently published study, UD researchers looked at electric vehicle driving range using second-by-second driving records. That study, which is based on a year of driving data from nearly 500 instrumented gasoline vehicles, showed that 9 percent of the vehicles never exceeded 100 miles in a day. For those who are willing to make adaptations six times a year — borrow a gasoline car, for example — the 100-mile range would work for 32 percent of drivers.

“It appears that even modest electric vehicles with today’s limited battery range, if marketed correctly to segments with appropriate driving behavior, comprise a large enough market for substantial vehicle sales,” the authors concluded.

The results are based on a national survey conducted by the researchers, UD professors George Parsons, Willett Kempton and Meryl Gardner, and Michael Hidrue, who recently graduated from UD with a doctoral degree in economics. Lead author Hidrue conducted the research for his dissertation.

Kempton, who published the driving patterns article with UD marine policy graduate student Nathaniel Pearre and colleagues at the Georgia Institute of Technology, pointed out that U.S. car sales are around 12 million in an average, non-recession year. Nine percent of that would be a million cars per year.

By this measure, the potential market would justify many more plug-in cars than are currently being produced, Kempton said.

The findings of the two studies were reported online in March and February in Resource and Energy Economics and Transportation Research, respectively.