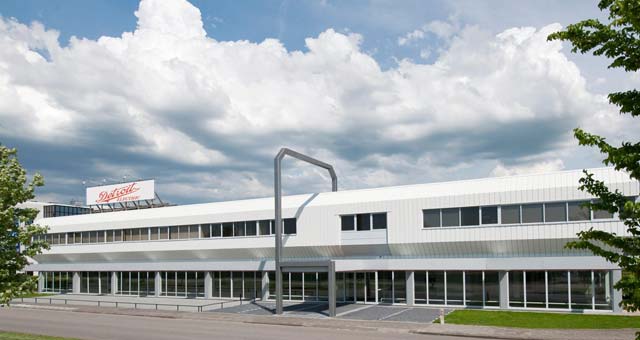 Detroit Electric is back with an all-new, SP:01 sportscar, a new production facility and a highly-experienced new team that will develop a range of high-performance pure EVs.

Detroit Electric says that its first product, the lightweight, limited-edition SP:01 electric sportscar, ‘will be the world’s fastest production electric vehicle when it goes on sale in European and Asian markets later this year and soon followed by the US introduction.’

Detroit Electric has secured additional investment following an initial reveal of the SP:01 in the first quarter of last year. The car has since undergone extensive further development, heralding significant changes to enhance its aerodynamic performance and improve interior comfort and quality. The EV is currently undergoing engineering sign-off tests, and the final styling of the car will be revealed in the coming weeks.

According to Detroit Electric, the SP:01 will set new standards for performance and handling in the EV segment. Its high-power electric motor will propel the car to an impressive 155 mph (249 km/h) top speed and a 0-60mph time of just 3.7 seconds.

The SP:01 will spearhead a diverse family of all-electric production cars, including an electric 2+2 supercar and a sedan model that will be engineered, developed and assembled at a planned facility in Michigan.

All the cars will be manufactured in a new, dedicated Detroit Electric production facility in Leamington Spa, UK, which will progressively increase staff levels to 80 by the end of the first quarter of 2015.

Detroit Electric has also invested in a new EMEA headquarters, located in Houten, Netherlands, where the company has already recruited a new team to manage the brand’s Sales and Marketing activities including vehicle sales, customer service and marketing.

The company has its global headquarters on the 18th floor of the iconic Fisher Building, located in downtown Detroit, USA. This facility will be the company’s financial headquarters and will be the centre for overseeing sales activities in North and South America, and eventually assuming responsibility for developing, engineering and ultimately assembling new Detroit Electric models.

Albert Lam, Chairman and CEO of Detroit Electric, said: “We’re truly delighted that we’re just weeks away from bringing to fruition our plans to introduce Detroit Electric’s first pure electric sports car. With a new production facility in the UK, a magnificent EMEA headquarters in The Netherlands and plans to engineer and assemble vehicles in the USA, the world will soon be able to experience the pure electric performance of our range of exciting and innovative Detroit Electric vehicles.

“While Detroit was our preferred initial assembly location, the regulatory process for the production and sale of the SP:01 in the US has taken longer then expected,” he added. “That means the assembly operations have to be located in Europe to allow us to bring the vehicle to market globally in line with our timing plans. We’re growing our team at the company’s headquarters in Detroit and we are committed to bringing investment and jobs to the Detroit economic area in the very near future.”

Early in the last century, Detroit Electric led the fledgling electric car market. By 1912, there were numerous American electric vehicle makers, with Detroit Electric both the market leader and the most prolific, going on to make around 13,000 cars – an electric vehicle production world record for the twentieth century. Notable customers included Thomas Edison, Mamie Eisenhower, John D. Rockerfeller Jr. and Clara Ford, the wife of Henry Ford.

The brand was revived in 2008 by Lam, former Group CEO of the Lotus Engineering Group and Executive Director of Lotus Cars of England, with a vision to produce an electric vehicle that seamlessly integrates refined aesthetics, innovative technology and superior handling and performance.

Jun 26, 2014Blagojce Krivevski
Toyota Fuel Cell Sedan Will Be Shown At 2014 Aspen Ideas FestivalHydrogen Breakthrough Could Be A Game-Changer For The Future Of Car Fuels