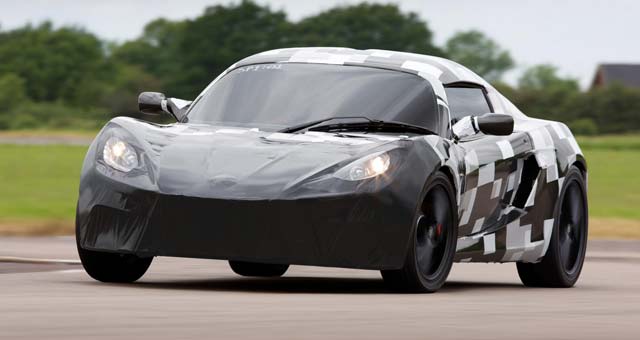 Detroit Electric announced on Wednesday its SP:01 model is being prepared for launch in several world markets.

Detroit Electric said that it “is finalizing dynamic testing of its SP:01 all-electric sportscar at a facility in Europe ahead of its introduction in several world markets”, and that “further details of the car and Detroit Electric’s production and sales plans will be announced in the coming weeks”.

The Detroit Electric SP:01, based on the old Lotus Elise, was first seen as a prototype at the Shanghai motor show last year. Production (in Wayne County, Michigan) had been due to commence in August but the company stated in May 2013 that there would be a one month delay. Three months later, the company said there were further delays and would not commit to a production start date.

The 37kWh battery gives the SP:01 a range of almost 190 miles, when tested to the New European Driving Cycle (NEDC) standard.  Detroit Electric’s home charging unit will enable drivers to fully recharge their SP:01 in 4.3 hours.