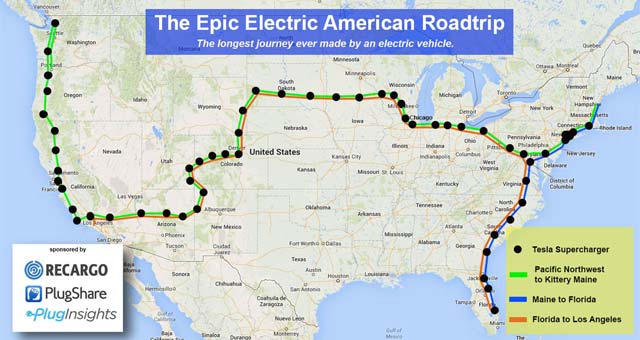 “We wanted to illustrate what’s possible with the nation’s charging infrastructure, and draw attention to needs for further improvement,” said Norman Hajjar. “The plausibility of a mass switch to EV usage in America simply can’t be separated from the need for a robust fast-charging network. I’ve traveled over 12,000 miles in under 3.5 weeks. With the proper infrastructure, there’s nothing an EV can’t do.”

Live updates from the road and photostreams were made available at roadtrip.plugshare.com, offering an interactive experience where viewers can pinpoint the vehicle’s location, track its speed and energy usage, and interact with the driver using the @plugshare live Twitter feed and using the hashtag #EpicEVTrip.