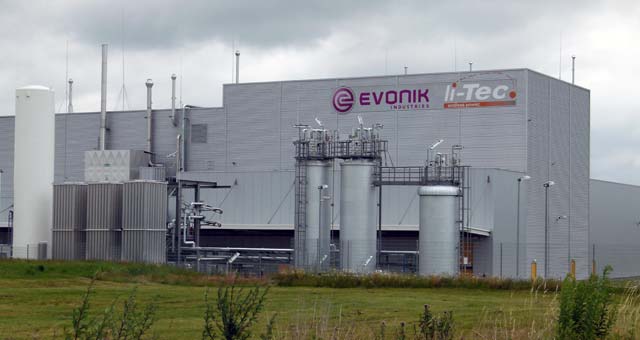 Daimler AG and Evonik Industries AG are restructuring their activities in the field of electric mobility in Kamenz and Kirchheim/Teck, and are thus reflecting the changed market conditions.

Daimler will acquire all of the shares held by Evonik in Li-Tec Battery GmbH (50.1 percent) and in Deutsche ACCUmotive GmbH & Co. KG (10 percent).

This will make Daimler the sole owner of the two companies. The parties have agreed not to divulge the details of the agreement.

In recent years, Daimler and Evonik have together developed the industrial series production of lithium-ion battery cells for electric vehicles in Kamenz. In line with its systematic focus on specialty chemicals, Evonik had been seeking new perspectives for its lithium-ion business.

Li-Tec Battery GmbH is based in Kamenz near Dresden. With approximately 380 employees, it develops, produces and distributes large lithium-ion battery cells. They are used in the current model of the smart fortwo electric drive. The electric version of the urban two-seater micro car was the market leader amongst all newly registered electric cars in Germany in 2013 with a market share of about 30 percent.

Deutsche ACCUmotive was established in April 2009 as a joint venture to secure the pioneering role of Daimler AG in the field of electric mobility. The company made Daimler one of the few automobile manufacturers to develop batteries for automotive applications and also to produce them in Germany starting in 2012. Deutsche ACCUmotive had approximately 230 employees as of December 31, 2013.

The company’s headquarters and its research and development department are near Stuttgart in Kirchheim unter Teck/Nabern. Deutschen ACCUmotive’s production plant has been in Kamenz since 2010; a second production building went into operation there in July 2013.

“The agreement creates important opportunities for Germany as an industrial location in an international environment of intense competition for realizing electric mobility as the drive system of the future. In this way, Evonik and Daimler have found a good solution” stated Thomas Hermann, Head of Corporate Development at Evonik Industries.

Harald Kröger, Head of Development at Mercedes-Benz Cars Electrics/Electronics, explained: “Along the value chain for drive-system batteries with lithium-ion technology, we now have the two most important components: the production of battery cells and the related development and production of highly complex drive-system batteries as a combination of cells and battery electronics. In this way, we secure not only expertise in electric mobility, but also the sites in Kamenz and Kirchheim/Teck.”