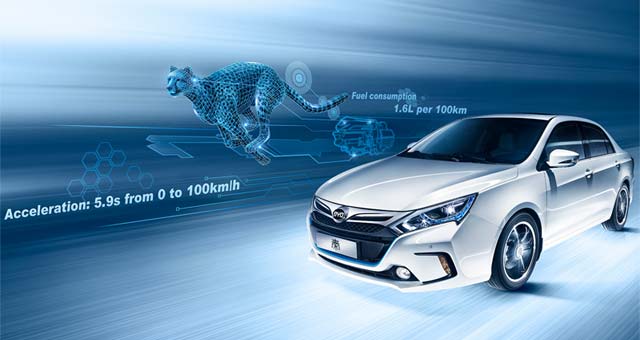 After its launch in China this past December, the BYD QIN (pronounced “cheen”) has been selling at record numbers, so much that BYD says it has had trouble meeting demand.

In the first weeks of 2014, more than 6,000 vehicles were sold accounting for over half (50%) of the Chinese new-energy vehicle market. Analysts are not expecting sales to slow down any time soon as both Shanghai and Beijing announced earlier this month that they will now permit BYD new energy vehicles to qualify for local municipality green-vehicle incentives and be licensed in those regions. These signals along with the Chinese government’s new fund committed for clean-air and fuel-efficient technologies in the form of consumer and government purchasing incentives are launching a new era in the China domestic automobile industry.

BYD Senior Vice President Stella Li stated, “the news that QIN is a top selling vehicle should come as no surprise as there is simply no other vehicle this fast, efficient, stylish and affordable on the market, anywhere.”

The dual mode BYD Qin can accelerate from 0 to 100kph (62 mph) in just 5.9 seconds and has a top speed of 185kph (115 mph) with a claimed overall fuel consumption of up to 1.6 L/100km (176.6 mpg UK or 147 mpg US). The QIN is currently available to domestic Chinese and Latin American markets and senior officials at BYD have discussed expanding exported versions of these new energy vehicles in the coming years.