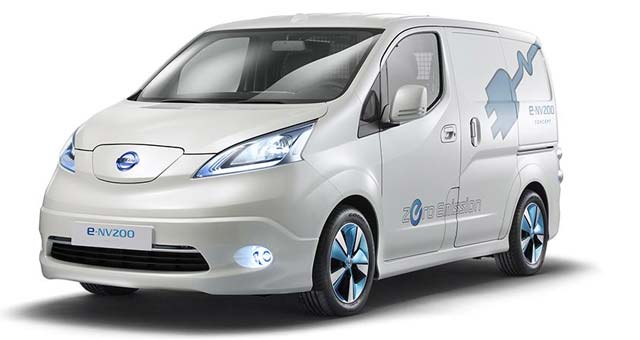 Nissan is set to continue its dominance of the electric vehicle sector with the introduction of the production version of the e-NV200 electric van at the 2014 Geneva Motor Show.

Among the highlights on the Nissan stand at the upcoming Geneva Motor Show and the BladeGlider electric concept and the GT-R Nismo.

The 2014 Geneva Motor Show also showcases Nissan’s command of the crossover segment. The all-new X-Trail and all-new Qashqai highlight Nissan’s ongoing crossover development, which will be strengthened by the arrival of another next generation model in Geneva.

e-NV200 production premiere
Combining the best elements of two multi-award winning vehicles – Nissan LEAF and Nissan NV200, past World Car of the Year and International Van of the Year respectively – e-NV200 is ready to change the face of the city.

The e-NV200’s high performance pure electric drivetrain, based on that used in the acclaimed Nissan LEAF, is allied to the class-leading cargo volume of the NV200 to create a practical and versatile vehicle capable of carrying people or goods while producing neither exhaust emissions nor noise pollution.

When sales start in May, e-NV200 will be available as a van or as a five-seat people carrier in Combi or more luxurious Evalia guises. Although mainly targeted at businesses, e-NV200 will also appeal to private users with large families.

Featuring perfect weight distribution thanks to the placement of the lithium ion batteries and in-board motors between the rear wheels, the BladeGlider optimises power delivery with significantly reduced stresses at the front of the vehicle.[wzslider height=”400″ lightbox=”true”]