Nissan LEAF Was Top-Selling Car in Norway in October 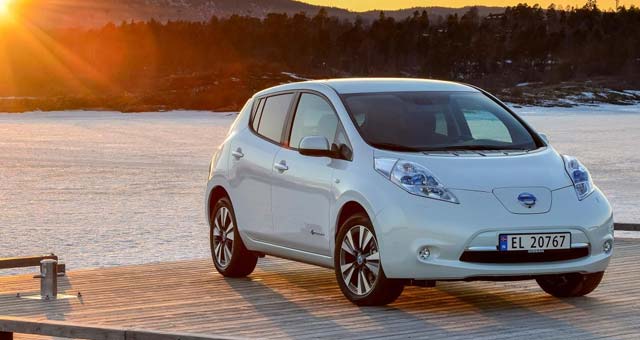 The Nissan LEAF has for the first time claimed the number one spot in Norway’s passenger car sales chart.

In October, the all-electric Nissan LEAF outsold all of its internal combustion engine, hybrid and electric rivals, taking almost 6% of the total passenger vehicle market.

Nissan’s second generation LEAF, which was launched earlier in the year, continues to lead the way in zero emission mobility. The Nissan LEAF consistently performs outstandingly in the Norwegian market, the undisputed electric car capital of the world, taking fourth in the sales charts for 2013 to date with over 3% of the market.

Norway has been the centre of the electric vehicle market in Europe for some time, with a package of incentives including zero VAT and zero road tax for electric vehicles as part of efforts to improve air quality for all citizens.

Nov 4, 2013Blagojce Krivevski
US Military to Buy Nearly 100K Electric Vehicles by 2020UK Join The Race To Usher In The Driverless Car Era