US Military to Buy Nearly 100K Electric Vehicles by 2020 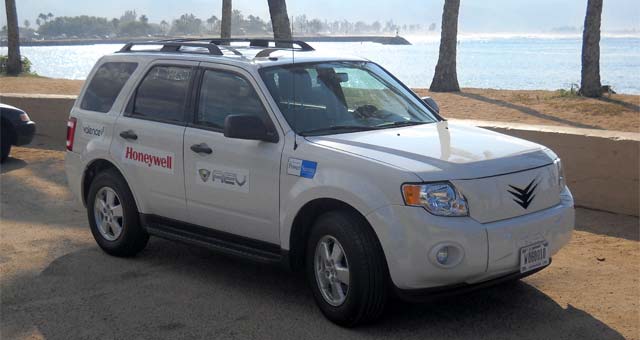 One of the largest supporters of various types of alternative drive vehicles, the U.S. Department of Defense (DOD) is expected to increase its purchases of electric vehicles in the coming years.

According to a recent report from Navigant Research, the DOD will acquire more than 92,400 electric vehicles for non-tactical purposes from 2013 to 2020.

This number represents an increase in the current rate at which the department is acquiring electric vehicles. Navigant also states that the U.S. military is “one of the largest supporters” of electric vehicles and other alternative fuels.

“In remote theatres of operations, the cost of moving fuels to forward military locations can be a multiple of the cost of the fuel itself,” said Scott Shepard, research analyst with Navigant Research, in a statement. “The military’s approach to reducing fossil fuel consumption from non-tactical operations includes acquiring increasing numbers of vehicles powered by ethanol blend and biodiesel blend fuels; but the majority of the investment will go toward hybrid electric vehicles and plug-in electric vehicles.”

One particular area of focus for the military market is the development of “microgrids” in tandem with vehicle-to-grid-enabled plug-in electric vehicles.  Microgrids can enable bases in both tactical and non-tactical operations to utilize energy generation sources more efficiently and to operate independently of conditions on the grid.  V2G-enabled plug-in electric vehicles used solely in non-tactical applications provide an additional layer of energy support and storage that can assist islanding microgrids and balance distributed energy generation resources by providing power from the vehicles’ battery packs to buildings.

The report came in the same week as eight US states, which together represent more than a quarter of the US auto market, announced ambitious plans to put 3.3 million zero emission vehicles on the roads by 2025.