UK Join The Race To Usher In The Driverless Car Era 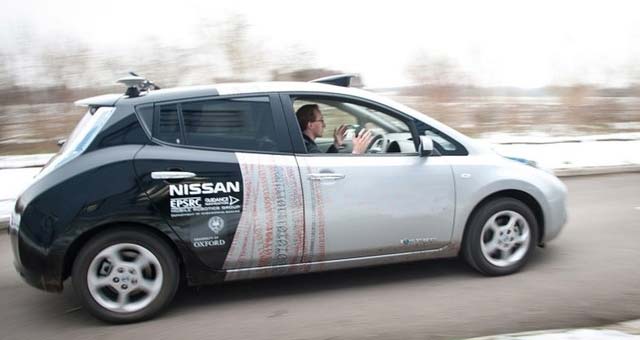 The age of driverless cars is upon us, and it’s bound to affect many aspect of our lives.

Driverless cars have the potential to monumentally transform transport as we know it and bring billions of pounds worth of benefits. But getting to that point won’t be easy.

Car makers, technology suppliers and transport authorities around the world are increasingly viewing the driverless car as the key to a safer, less congested and more energy efficient road system.

A lot of attention is being paid to the technology in the UK, as part of the Department of Transport’s wider £28bn investment into reducing congestion and making commuting safer and more efficient.

Driverless cars will be tested on public roads by the same team of Oxford University researchers who have been developing and testing autonomous car technology on an adapted Nissan Leaf around Oxford Science Park.

Initially, the cars will be tested on lightly used rural and suburban roads. As a safety measure, a back-up driver will ride along during tests who can take over in case of emergency.

The UK’s move towards allowing the testing of driverless cars on public roads follows public trials in other parts of the world.

Across Europe, automobile companies including BMW, Volvo and Bosch have all recently tested driverless cars on public roads, and regard autonomous technology as being a key area of their future business.

Mercedes-Benz already have the technology, but we may have to wait until 2020 before they make their autonomous cars available to the public. These driverless features will be strategically integrated into their lineup rather than made available as an alternative option. Mercedes-Benz recently introduced an S-Class with features that can be considered as a step in direction of fully autonomous driving. The new intelligent driverless system has already been tested for 60 miles on road with Mercedes engineer monitoring from driver-seat.

In the United States, Nevada became the first state to allow driverless vehicles onto its roads, giving Google the opportunity to test out its self-driving car in normal surroundings. California and Florida have also given the green light to such vehicles.