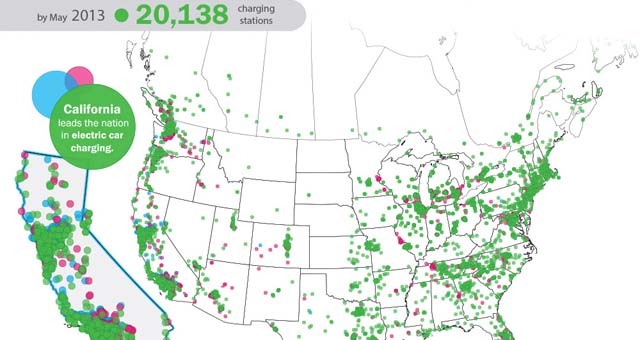 There are currently 16 zero-emission vehicle models available from eight automotive manufacturers. The number of models is expected to increase for model year 2014 and beyond. Several electric vehicle models have won awards for safety, performance and customer satisfaction over the past couple of years.

It’s getting easier to charge your electric car. There are already more than 20,000 charging stations open to the public in the U.S. The Recargo‘s infographic below shows the progress of electric car charging from January 2011 through May 2013.