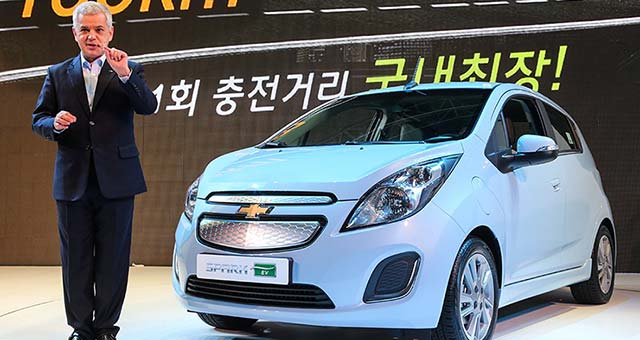 The Chevrolet Spark EV is scheduled to hit local showrooms in October, the carmaker said, as its top officials signed a preliminary deal with their counterparts at the environment ministry and a provincial city to boost the use of electric cars.

Mr Sergio Rocha President and CEO of GM Korea said that the Chevrolet Spark EV is the most efficient electric vehicle in South Korea and that it can travel 135 kilometers (84 miles) on a single charge.